​Brendan Rodgers has given an alternate explanation for why Jamie Vardy declined a move to Arsenal in 2016.

The Northern Irishman has denied that Vardy stayed at Leicester because he feared competition for places at Arsenal. The ​Leicester striker came close to joining Arsenal after Leicester's title winning season three years ago. However, he agreed a new deal with the Foxes rather than making the switch to north London - who he has an amazing record against having scored eight in his last eight games against them.

Leicester face Arsenal in the ​Premier League on Saturday evening and a win would put Rodgers' side nine points clear of the Gunners. In his press conference ahead of the game, Rodgers gave reasons as to why Vardy chose to stay at the King Power. 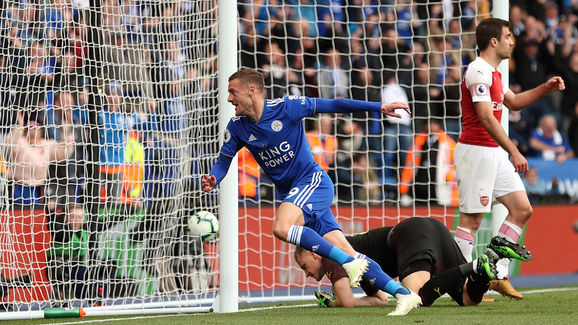