Cazorla is PFA Fans' Player of the Month for December. 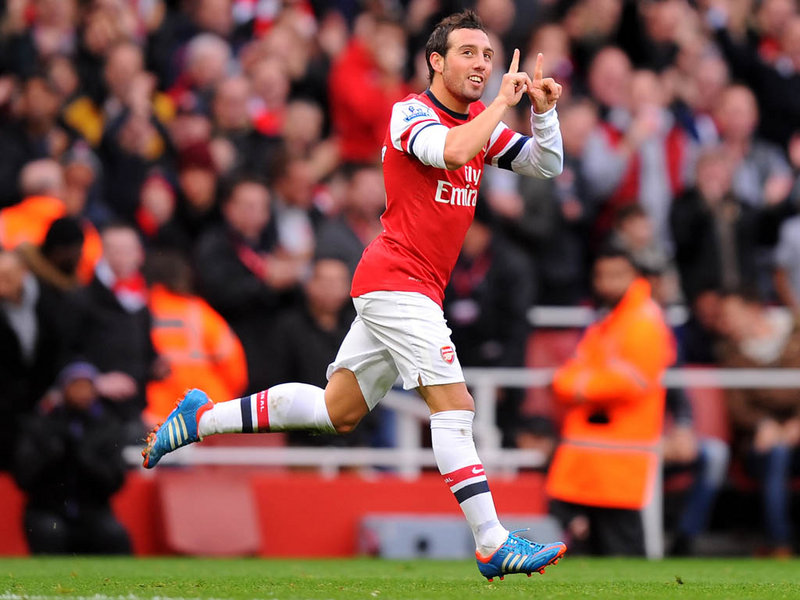 The award, powered by the football platform 90min www.90min.com, comes following Santi Cazorla’s  great form for Arsenal during the month of December in which he scored four goals and one assist to help Arsenal keep pace with the top four in the Barclays Premier League.

Cazorla scored at the start of the month as Arsenal lost 3-2 to Stoke at the Britannia stadium. Cazorla then put in a man of the match performance scoring twice as Arsenal beat Newcastle 4-1 at the Emirates Stadium. Carzola provided the assist for Olivier Giroud’s goal in the 2-2 draw against Liverpool. The Spanish midfielder scored the opening goal in the 2-1 win over West Ham during the festive period to keep Arsenal in the hunt for Champions League football next season.

Arsenal are currently 6th in the Premier League table having won four of their seven games in December. Arsenal entertain Stoke at the Emirates Stadium next weekend.

The PFA Fans’ Player of the Month awards are designed to give a strong voice to the supporters who are the lifeblood of the game. The awards are endorsed by the players and supported by the clubs.

One lucky fan voter will be chosen to present Santi Cazorla with the PFA Fans’ Player of the Month award in person later this month.

To vote for the January PFA Fans’ Player of the Month, go to www.fanawards.90min.com