​Former Arsenal and Chelsea midfielder Cesc Fabregas has taken to Twitter to question whether Tottenham will have what it takes to win the Champions League this season.

Spurs overcame Manchester City 4-4 on aggregate to reach their first ever Champions League semi-final on away goals, where they will play Ajax. The Gunners and the Blues also reached the semi-finals of the Europa League in midweek. 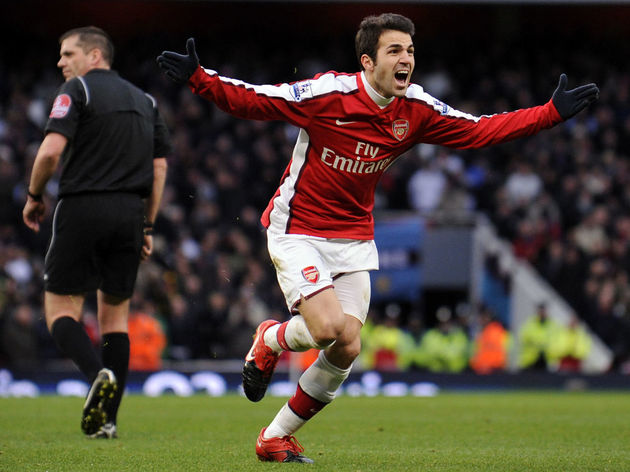 Despite the historic achievement for Mauricio Pochettino's side, ​Fabregas, who spent eight years at ​Arsenal and almost five years at ​Chelsea, attempted to quell ​Spurs' enthusiasm by questioning whether they can actually win the competition.

Written on his ​official Twitter account, the Spaniard said: "Genuine question...As a fan, would you rather get to the Champions League final and be a runner up or win the Europa League? Just curious."

Genuine question... As a fan, would you rather get to the Champions League final and be a runner up or win the Europa League? Just curious.

I don’t know who you are and I don’t know if I’m getting enough game time or not but I do know you won’t win anything again this season.

Arsenal and Chelsea have Europa League semi-finals against Valencia and Eintracht Frankfurt respectively, although come through them, the pair would set up the first all-English final in the competition since Spurs and Wolves did so in 1972.

The winner of the Europa League would also guarantee a place in next season's Champions League, which could be beneficial considering the battle to finish in the Premier League's top four, with Arsenal, Chelsea, Spurs and Manchester United all involved.

How they stack up ahead of 2nd v 3rd... #MCITOT pic.twitter.com/yJnkrWJeyu

Fabregas has been away from the gaze of the Premier League - a competition he won twice with Chelsea - since his January move to AS Monaco. The World Cup winner has scored once in 11 Ligue 1 appearances as the club sit 16th in the table.