Another week in lockdown can only mean one thing: another Cesc Fabregas Q&A on Twitter. Whatever ​keeps you off the balcony, Cesc.

In this week's edition, the World Cup winner revealed his biggest regret, his thoughts on Liverpool, and his stance on the Steven Gerrard versus Paul Scholes debate.

Fabregas was part of Spain's golden generation that dominated the international game for four years. He also enjoyed a glittering club career, winning La Liga and the Premier League. However, the 32-year-old admitted he does have one big footballing regret. When asked whether he would rather win the World Cup or the Champions League, ​Fabregas replied: "

Different type of players. I love Scholes and I think he is more my type of player but I was such a big fan of Gerrard growing up. Think it’s a tie  https://t.co/GXRxcB16IR

"Different type of players," Fabregas wrote. "I love Scholes and I think he is more my type of player but I was such a big fan of Gerrard growing up. Think it’s a tie."

More questions on English football followed, with one fan asking the former Arsenal and Chelsea man his opinion on ​Liverpool.

"Outstanding club that hit the jackpot hiring Klopp and giving him the right players and time to build something very special," Fabregas replied. 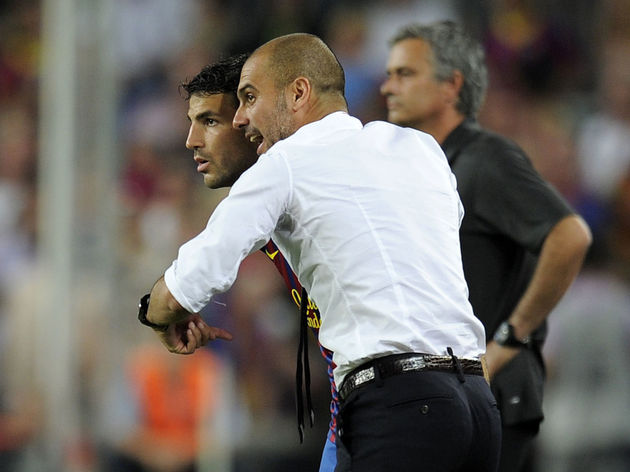 The Monaco midfielder has played under an assortment of top managers throughout his career, and when asked which manager had taught him the most, Fabregas named two from his time in the ​Premier League over Pep Guardiola.

"Really taught me in different moments and for different reason (not only footballing)... I would say Wenger and Conte," he replied.

"Arsene technically and Conte mentally and he also made a player that I didn’t know I could be.

"Mentally he made me work harder than ever at 29 as he told me I wasn’t his type of player and still went on to prove him wrong and ended up playing every game.

"Tactically you have to play the way he likes and that was also very new for me."