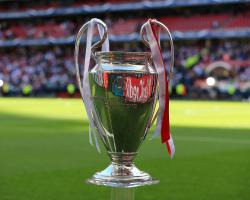 UEFA has confirmed a new seeding system which will see the champions of the seven biggest leagues in Europe named as top seeds along with the Champions League winner.

Chelsea are 10 points clear in the Premier League race and look odds on to be title winners and be among the eight top seeds in the Champions League draw in August.

Arsenal and United would both almost certainly be among a strong group of second seeds due to their high UEFA club ranking but City have dropped out of the top 16 clubs according to UEFA's latest co-efficients.

It would be the first time more for than a decade that Arsenal and United have not been top seeds.

City were not top seeds last August despite being English champions while Chelsea and Arsenal were, and Manuel Pellegrini's side ended up with another tough draw against Bayern Munich, CSKA Moscow and Roma.

If the Champions League winner is also their domestic league winner, then the champions of the eighth-ranked association Holland - likely to be PSV Eindhoven - would be named as top seeds.

UEFA's new Champions League regulations have been published and state: "The first group comprises the title holder (top seed) and the domestic champions of the seven top-ranked associations in accordance with the access list.

"If the title holder is one of the top seven associations' domestic champions, the group is completed with the champion of the association ranked eight."

UEFA general secretary Gianni Infantino said: "Football is about winning, it's about competition, it's about sporting merit

I think it's kind of a natural thing to give to those who have won a competition a special treatment like this."