​Chelsea, Arsenal and Tottenham Hotspur are all understood to have joined West Ham in the race for Inter striker Gabriel Barbosa after talks with loan side Flamengo stalled.

The striker, who also goes by Gabigol, racked up 34 goals and 11 assists during his season-long loan with Flamengo, but has since returned to Inter after his contract with the Brazilian side expired. 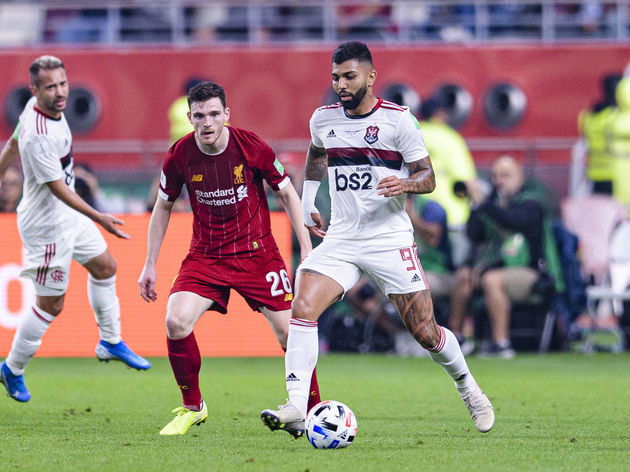 ​Crystal Palace are also understood to be keen on Gabigol, but according to ​Jorge Nicola, they and the Hammers now face plenty of competition from three of the ​Premier League's biggest sides.

​Chelsea, ​Arsenal and ​Spurs are all understood to be interested in a January move, while ​West Ham have been monitoring the player for a number of months. 90min received confirmation in December that the Hammers scouted the player and his current teammate Bruno Henrique during the Club World Cup.

It's now ​reported from elsewhere that West Ham are prepared to offer Inter 20m euros plus bonuses and that new coach David Moyes has given permission for West Ham's pursuit to continue. But all clubs are waiting for a complete breakdown in talks between Gabigol and Flamengo before acting.

Gabigol is understood to be unhappy with the bonuses which Flamengo have offered him if he signs a permanent deal with the Brazilian side, which has opened the door to a move elsewhere. Of all the Premier League sides who are keen, Chelsea may have the most leverage in negotiations with ​Inter.

The Blues are on the lookout for some more competition for Tammy Abraham, and Inter would almost certainly be interested in talking as ​selling Gabigol is thought to be one of I Nerazzurri's top priorities for January.

Timo Werner and Moussa Dembélé are two other names on Chelsea's wish list, but a deal for Gabigol could be far simpler if the Blues can find a way to include him in negotiations for either Alonso or Giroud. Both Arsenal and Spurs have the financial muscle to make their own offers for Gabigol, with the two sides both looking to add some much-needed depth in attack, so the striker will likely have plenty of options to choose between if he cannot strike a deal with Flamengo.

Gabigol is currently on holiday after returning from Flamengo, but his hope is to have his future sorted out by 10th January, so this situation looks like one to keep an eye on in the coming days.