Cost of football on the rise 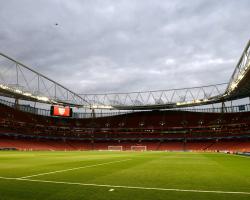 The BBC Sport Price of Football study shows that the average price of the cheapest match-day ticket across all four divisions is ÃÂ£21.49, up 13 per cent since 2011, compared to a 6.8 per cent increase in the cost of living.

The average Premier League season ticket costs ÃÂ£508 compared to ÃÂ£138 in the Bundesliga - Bayern Munich fans can pay as little as ÃÂ£109.65, and in Spain Barcelona fans can get a season ticket for just ÃÂ£103.38

Manchester City have the cheapest season ticket in the Premier League starting at ÃÂ£299.

Only in the Championship has it dropped - by 3.2 per cent.

Arsenal have dropped their most expensive match-day ticket from ÃÂ£126 last year to ÃÂ£97.

Chelsea have the highest-priced cheapest match-day ticket of all the Premier League club's - prices at Stamford Bridge begin at ÃÂ£50.

Derby and Sheffield Wednesday both boast ÃÂ£10 match-day tickets - the cheapest in English football and only matched by Southport in the Conference.