Crystal Palace are incensed by Arsenal's opening offer for Wilfried Zaha, and will stand firm on their valuation of the winger following the sale of Aaron Wan-Bissaka to Manchester United.

Wan-Bissaka left for Old Trafford earlier this week in a deal which could reach £50m, but Arsenal's opening bid for the Ivorian international came in at a derogatory £40m. United are due 25% of the Zaha profits (he joined for £3m) if sold by Palace, and the Eagles are holding out for closer to £80m as a result. The player's age and importance are also factors in the valuation.

The ​BBC's David Ornstein reported on Tuesday that they will accept a bid if the price is right, but that Arsenal's bid is not credible. James Olley of Standard Sport has gone into depth on the details of Arsenal's offer - stressing that the bid was even more ridiculous than the overall sum suggests - as the payments of the £40m were to be staggered over a period of five years. The report suggests that Arsenal will return with another bid and may offer at least one player in exchange to sweeten the deal.

It looks as though matters will get messy, though. Arsenal's measly transfer budget of £45m is going to throw a real spanner in the works, however, as it limits Arsenal's hand.

Additionally, Zaha signed a new five-year deal last summer with no release clause, and it's been made clear from his camp that the Arsenal move is one he wants - as he supported them as a boy. Zaha's brother has also implored Crystal Palace to allow the winger to leave for their London rivals to increase the pressure.

His sibling Judicael claims, in fact, that Palace made a promise to Zaha that he could leave this summer if a team that offers European football comes in for him.

Speaking to ​Sportsmail, Judicael explained: ''Wilfried has had two very good spells with Crystal Palace and they have achieved a lot together. After playing a big role in Palace getting promoted, he went to ​Manchester United came back and had helped them consolidate in the Premier League.

''Crystal Palace have told me that if an opportunity presented itself again for him to join a club who play European football regularly they would not stop Wilfried from getting back up to that level because they know there is a limit to whether he can fulfil his ambitions with Palace. 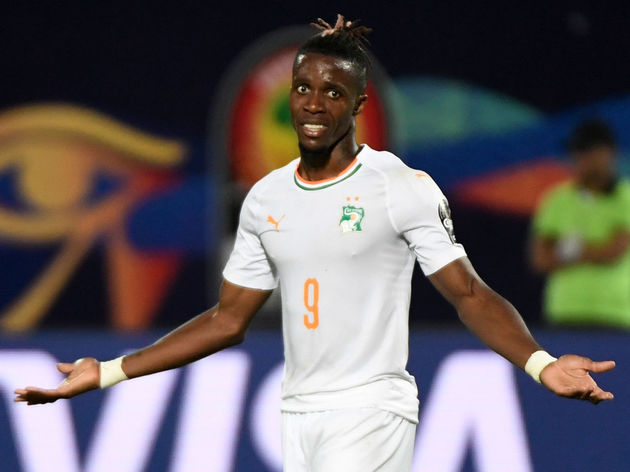 ''They said if an opportunity like this presented itself they would not stand in his way. We are hoping they still feel that way and they can come to agreement with ​Arsenal quickly, for the benefit of Wilfried's future.''

Zaha scored on Monday for the Ivory Coast in a 4-1 thrashing of Namibia, as they secured their place in the last 16 of the Africa Cup of Nations.