​Crystal Palace face Arsenal at Selhurst Park on Saturday as the Eagles look to return to winning ways against Mikel Arteta's buoyant Gunners.

Roy Hodgson's side failed to overcome Norwich and Southampton in recent weeks, only managing to win one of their previous six Premier League fixtures before being dumped out of the FA Cup by Derby County. Despite a recent dip in form, Crystal Palace remain well-positioned in ninth place, one point ahead of Saturday's visitors.

Arsenal, on the other hand, have enjoyed an upturn in performances and results since the arrival of Arteta. The Gunners recorded back-to-back wins for just the fourth time this season as they dismantled Manchester United before an inspired second-half performance against Leeds United earned them a place in round four of the FA Cup. While Arsenal will aim to make up ground on the top four places, Crystal Palace will be eager to avoid defeat as they look to build on their impressive start to the 2019/20 Premier League season.

​Crystal Palace enter 2020 in the midst of an injury crisis, with no fewer than 12 players in danger of missing Saturday's fixture. 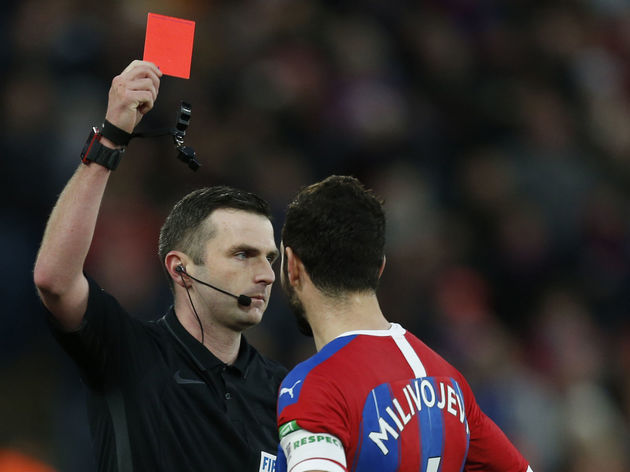 Crystal Palace and ​Arsenal have faced each other 21 times in the Premier League since 1992, with Arsenal registering 13 wins to Crystal Palace's three, with the remaining five games ending in a draw. These two sides met at the Emirates Stadium in October and played out a 2-2 draw, meaning the Eagles are unbeaten in their last three games against the Gunners. Crystal Palace managed a 3-2 away victory against Arsenal last season and have registered consecutive 2-2 draws in the other two games.

There was a renewed sense of optimism around Selhurst Park at the beginning of the 2019/20 season with Roy Hodgson at the helm, which culminated in a strong start to their ​Premier League campaign, sitting ninth in the table with 28 points, just three behind ​Manchester United in fifth place.

As mentioned, the Eagles have struggled in recent weeks, picking up two wins, four draws and two defeats in the month of December. More worryingly, Hodgson's side have struggled to find the net this season, scoring just 19 goals in 21 league games so far this campaign. The Eagles have, however, been ​linked with a January loan move for ​Everton's Cenk Tosun in order to bolster their attacking options ahead of the second half of the season. Arsenal have started to show glimpses of the pre-Unai Emery era under new head coach Mikel Arteta, with a return to expansive, attacking football. This has resulted in a 1-1 draw against ​Bournemouth in the Spaniard's first game in charge, followed by an unlucky defeat against Chelsea and back-to-back victories against Manchester United and ​Leeds United.

Arteta seems to be getting the best out of this Arsenal squad and will be hoping to record Arsenal's third away win of the season against an injury-ravaged Crystal Palace on Saturday afternoon.

With that said, here is how both sides have fared in their previous five fixtures across all competitions.

If this game had been played in November, then a Crystal Palace victory may well have been the most realistic outcome of this fixture. However, with the improved form of the Gunners paired with the decline in performances of Crystal Palace, it is difficult to envisage anything other than a win for the away side.

Crystal Palace have nearly an entire XI out through injury which will make an already difficult task even harder, while the Arsenal players seem to be building confidence and enjoying football again under their new head coach.

However, with Arsenal failing to beat Crystal Palace in any of their last three games against the Eagles, a win is not guaranteed and, despite their shortcomings up front, the home side should be able to unlock a rigid Arsenal defence.