​Spain midfielder Dani Ceballos is keen to end his loan stay with Arsenal this summer and return to boyhood side Real Betis.

Ceballos moved to the Emirates Stadium last summer, but injuries have stopped him from showing his best on a consistent basis. He has managed just one goal and two assists in 24 appearances, but has often shown glimpses of his exciting potential. 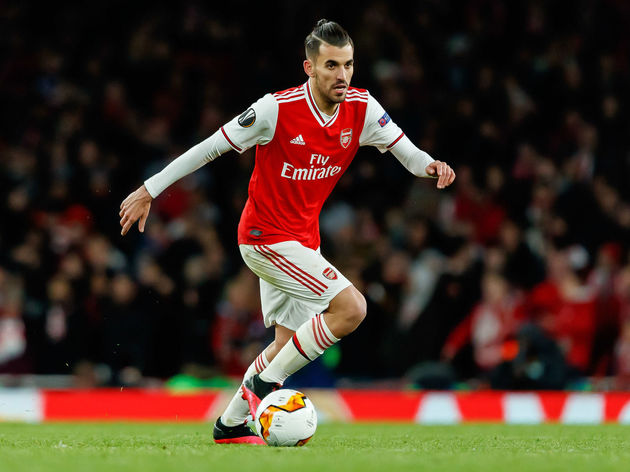 There is no option in the deal for ​Arsenal to extend the loan or sign him permanently, but they have been tipped to try and bring Ceballos back for at least one more year. Unfortunately, according to ​Estadio Deportivo, that doesn't look like happening.

As the story goes, parent club ​Real Madrid are unhappy with how Arsenal have treated Ceballos this year, believing that he should have started in more than just 13 of his 24 appearances, and they want to see him move elsewhere next year to protect his value.

Ceballos is said to be in favour of leaving Arsenal as he wants to rejoin Real Betis, with whom he rose to prominence before moving to the Santiago Bernabéu in 2017.

The 23-year-old feels as though he needs a change of scenery if he is to have any hope of making Spain's squad for Euro 2020 next summer, and he believes that Betis will give him the best platform to perform.

It's a deal which could make plenty of sense. Betis have been tipped to try find a new midfielder this summer, with Nabil Fekir linked with Arsenal, so there could be a little transfer merry-go-round which pleases everyone. ​The Gunners are interested in a £30m deal for the Frenchman, which could force Betis to buy Ceballos as his replacement, and then Real would get the money they are desperate to add to their transfer kitty. Everyone wins.

Fekir has managed seven goals and six assists in ​La Liga this season, which is closer to what Arsenal were expecting from Ceballos during his loan spell, and the Frenchman might be available if Betis feel they can bring Ceballos home.