The result ended a run of seven home games without a victory for the Gunners, with goals from Sokratis Papastathopoulos and Nicolas Pepé securing the three points.

A fascinating interview with David Luiz and Sokratis...

"It's better to sleep happy for four hours, than sleep sad for eight hours..." 

After the game Luiz spoke of his admiration for his new boss' offensive style and stated that he was confident that the Spaniard can be a success at the Emirates Stadium.

"​BT Sport. "Mikel is a great coach and knows football. He was a great player, he brings things and I believe in his philosophy. We are going to do big things in the future, but step by step."

Despite this confident assessment, Luiz also admitted that the transition to Arteta's more physically demanding style of pressing would take some time, though he has been impressed with how the younger members of the squad are responding to the challenge . 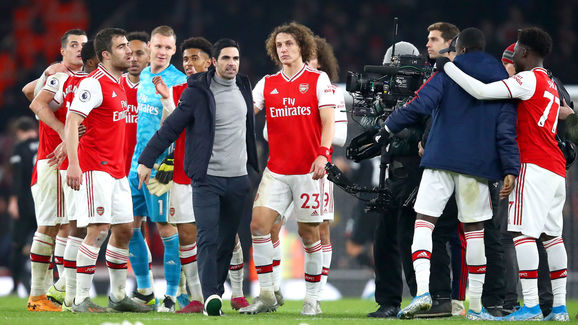 "You can't change from zero to 10 in one day, one week, one month - but it is beautiful to see how these kids start to understand their commitment, their behaviours of what they need to do for big things in life and big things in football."

Arsen will be hoping to build on this fine result when they take on Leeds United in the FA Cup next Monday.