​David Ospina was stretchered off after collapsing during Napoli's Serie A clash with Udinese on Sunday. 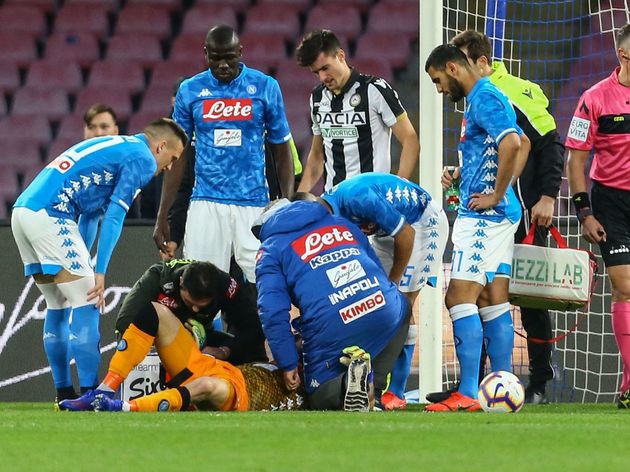