Amidst question marks over his future with Arsenal, David Ospina has revealed that he hopes to stay at Napoli after a successful loan spell, with the summer transfer window just around the corner.

The 30-year old has appeared 14 times in the league this season, and seems to be determined to commit his future to the Italian club with Napoli having the option to buy. 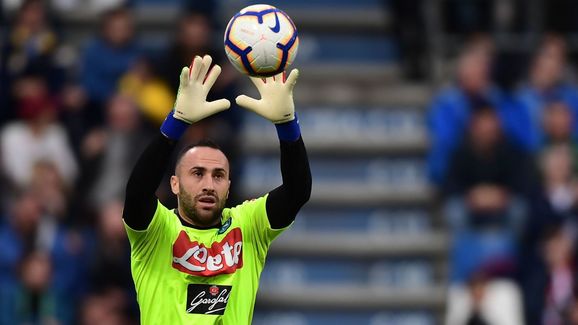 Although he enjoyed a decent four seasons at the Emirates, the Colombian international had been in the shadow of starting keeper ​Petr Cech during his time at the club and was loaned to ​Napoli at the start of the 2018/19 season.

The agreement also included an option for the Italian club to sign him permanently at the end of the season, an outcome which may be in the best interest of all parties.

Despite his wishes to stay with Napoli, Ospina has faced competition for the starting shirt from both Alex Meret and Orestis Karnezis during the campaign. As quoted by ​Napoli​ Gol after their 2-1 defeat to Atalanta in Serie A, the goalkeeper said: "

Although he faces healthy rivalry for a starting place in Partenopei's lineup, it appears that a return to Arsenal will prove a tougher challenge as he will have to battle with Bernd Leno to claim the number one shirt, with the German shot-stopper making 27 appearances this season for the north London club.

"We want to close the season well now. We have to concentrate on the next five games because we have to secure the second place."

​Serie A as they sit six points above third placed Inter,​Champions League