​New Arsenal signing Denis Suarez has revealed that he used to watch lots of Premier League football as a child, with Arsenal proving to be his favourite side.

After weeks of rumours, the Gunners confirmed the signing of the Barcelona midfielder on the final day of the January transfer window, and Suarez will join Arsenal until at least the end of the season.

In an interview with the club's ​official website, Suarez confessed that he spent many years of his childhood watching ​Arsenal.

“I used to watch [Dennis] Bergkamp and [Thierry] Henry - they’re both legends of the club and hopefully we can follow in their footsteps.” According to the ​Daily Star, injured Arsenal defender Hector Bellerin may have also had a role in convincing Suarez to join the Gunners, as the pair were reportedly in contact behind the scenes as the transfer window drew to a close.

"He wrote me a message when the rumours started to come out in the press about me joining Arsenal. I hope he can recover as soon as possible.

"It’s a shame that he’s injured because I’d love to play with him, but I’m sure he’ll be back soon." Suarez, who spent two years with ​Manchester City between 2011 and 2013, is a versatile midfielder who can feature in several different areas of the pitch. Predominantly a central midfielder, Suarez is also comfortable in more advanced positions and boasts the technical ability to play on both wings.

His first taste of senior football came under current Arsenal boss Unai Emery with Sevilla. Suarez spent the 2014/15 season on loan in Seville and registered six goals and five assists in all competitions, despite not being a regular starter during his time at the club.

Emery deployed Suarez mainly as an attacking midfielder, although there were times when the playmaker was needed to fill in in several other positions. 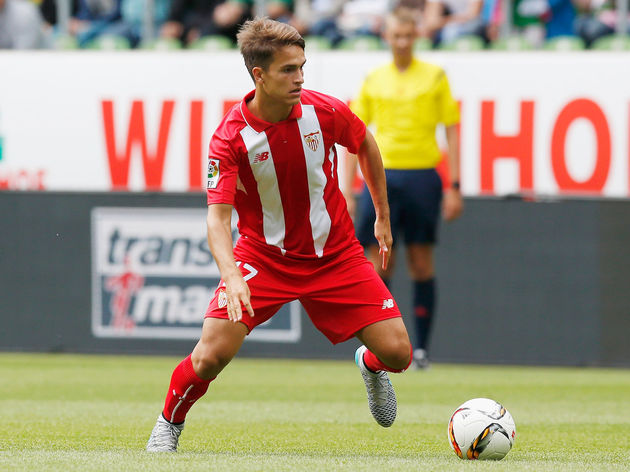 It has been speculated that Arsenal will pursue a permanent deal for Suarez in the summer as a replacement for the departing ​Aaron Ramsey, who is set to join ​Juventus when his contract expires at the end of the season.

Arsenal will face Suarez's former side Manchester City on Sunday, and it remains to be seen whether Emery will look to include Suarez in his lineup so early into his Arsenal tenure.