Despite Mikel Arteta's Insistence, Granit Xhaka Is Still Not the Man for Arsenal's Midfield

With the January transfer window about to come to an end, it seems that Mikel Arteta has pulled off a remarkable feat.

No, he's not managed to sell Shkodran Mustafi yet - sorry Arsenal fans - but he has managed to reintegrate Granit Xhaka into the first team.

When the Spaniard took over as Arsenal boss in December, it seemed that that would be near on impossible.

The Switzerland international had been stripped of the club captaincy after an expletive-ridden meltdown directed at his own fans in the now infamous game against Crystal Palace, and seemed destined to join Hertha Berlin.

But now, it appears as though Arteta has managed to convince him to stay, with the Spaniard even saying as much during one of his press conferences.

And to be fair to Xhaka, his own personal turnaround under new management has been pretty remarkable.

He has thrived in a deep lying playmaking role where he is no longer forced to do the defensive work that Lucas Torreira - who Unai Emery insisted on playing as a number 10 - excels in. Instead, he has stepped up and been one of the Gunners' better performers in recent weeks, even excelling at centre back after ​David Luiz' red card against ​Chelsea.

Martinelli & Bellerín will grab the headlines, but hats off to Granit Xhaka. Out of position, a man down, a goal down, up against it. Nonetheless: faultless.

Arteta has spoken of his admiration for the former Borussia Monchengladbach man. After the 2-0 victory over Manchester United on New Year's Day, he said: "I really like him. I think with the way we want to play, we’ll get him on board, he can be a tremendous player for the football club.”

Arsenal's new boss can do little wrong in the eyes of fans at the minute, but even still he was taking a big risk publicly praising such an unpopular player.

While dewy-eyed football romantics might view this as a feel-good story about a misunderstood player who has been able to turn things around, the cold hard cynics will see that something else is afoot here.

Throughout his brief time as Arsenal boss, Arteta has had to be pragmatic to try and get the best out of the cards dealt to him that would have even James Bond breaking his poker face in despair. 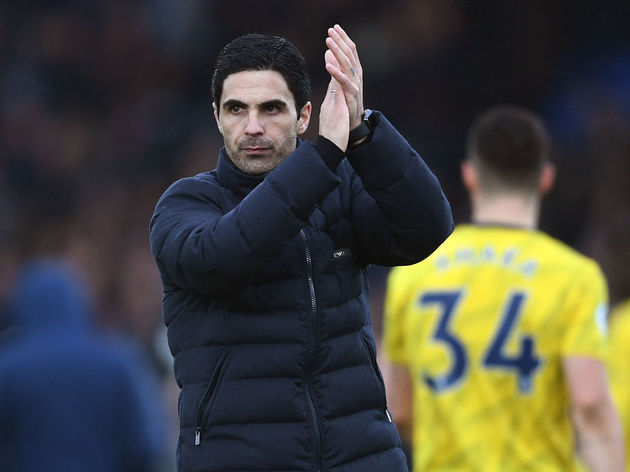 For example, he has fielded the side in a formation that has got the best out of attacking talents like ​Mesut Ozil and ​Pierre-Emerick Aubameyang, while focusing on the attacking strengths of make-shift left back Bukayo Saka, and the midfield abilities of Ainsley Maitland-Niles.

It would seem that what he is doing with Xhaka is no different.

For a team that was once famed for having too many attacking midfielders, the Gunners' options are now woefully lacking in experience and quality. The likes of Dani Ceballos, Matteo Guendouzi and Joe Willock hardly strike terror into the opposition in the way that ​Santi Cazorla, ​Cesc Fabregas and ​Aaron Ramsey would do back in their Emirates Stadium heydays.

So Arteta is having to make the best of a bad situation and trying to get the best out what is probably his best central midfielder. While we could write a whole other article on what that says about the club's fall from grace, it is a shrewd move from the Spaniard.

Xhaka is also an immensely popular member of the dressing room. After the Crystal Palace debacle, players went round to his immediately to comfort him, and Lucas Torreira was even pictured crying at the treatment of his teammate.

Even more cynically, it could be argued that Xhaka is one of the few high value assets the Gunners have right now. As an experienced international midfielder, his value in today's market will only go up if he keeps playing as well as he is at the minute. If they then sold him, it would give Arteta valuable funds to improve his squad that the Kroenke's seemingly won't relinquish. 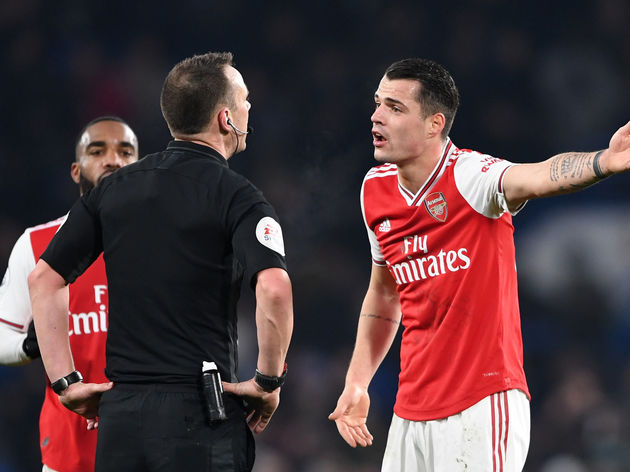 The hard evidence that this is such a pragmatic approach is in the fact that the Swiss captain simply doesn't fit the style of play Arsenal's new manager wants to implement.

If you look at the way Pep Guardiola sets up his teams - which we assume is the way Arteta wants to as well, based on his time coaching at ​Manchester City and his early games in charge of Arsenal - then there is no place for Xhaka's slow, ponderous passing in a midfield that moves the ball quickly.

Despite Danny Murphy's frustrations, there's no place for the 27 year-old's addiction to ridiculous yellow cards either.

From the moment Arsenal's new boss walked back into the Emirates Stadium, it was obvious that he had lofty ambitions for Arsenal. However good Granit Xhaka's performances might have been in recent times, there's no way Arteta can achieve them with the Swiss in his midfield.