​Bournemouth manager Eddie Howe has admitted there are no guarantees that Ryan Fraser will agree to a new deal at the Vitality Stadium amid interest from Premier League rivals Arsenal.

Fraser, 25, has enjoyed a fabulous season for the Cherries, recording ten league assists this campaign, with only Eden Hazard (12) and Christian Eriksen (11) laying on more goals for team-mates throughout the season. The Scot has also scored six goals of his own. The winger's performances haven't gone unnoticed, as ​the Gunners have been linked with a summer move for the Scotland international, whose contract on the south coast expires in 2020, with Howe admitting the club will have to 'wait and see' if Fraser, ​who is flattered by the links to Arsenal, signs a new deal.

"There is no doubting Ryan’s quality and how highly we think of him. He is an outstanding talent but it is a two-way prospect to sign a contract, so let’s wait and see.

"Ryan has contributed to the team this season but it’s not the time to talk about speculation. Who knows in the summer? It is that time of year when things change and us ourselves will be looking to sign players."

Fraser's displays this season have helped ​Bournemouth accumulate 38 points, which could become 41 points with victory over Burnley and see them just five points ​Premier League 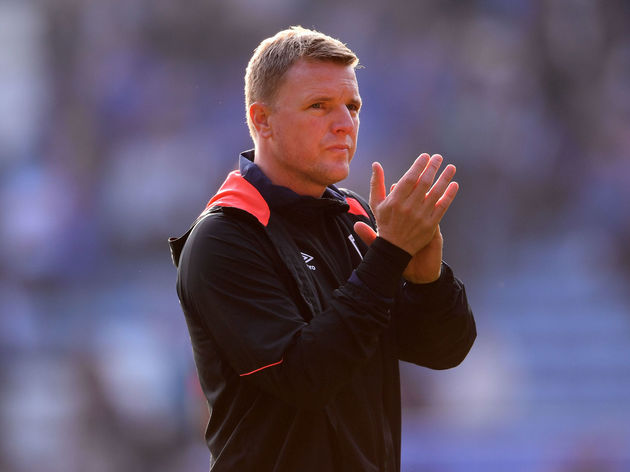