Emma Mitchell Opens Up on Loan Move From Arsenal to Tottenham

​Emma Mitchell has revealed what it's been like to cross the north London divide and join Tottenham from Arsenal.

The Scotland international joined ​​Spurs on loan for the rest of the season after failing to get enough game time at WSL champions ​Arsenal.

She made her full debut on Sunday in Spurs' 2-1 victory over ​West Ham, and marked the occasion with the opening goal of the game.

But speaking to women's football podcast ​Football 51 after the game, Mitchell was keen to point out that club rivalries didn't affect her decision in any way.

"For me it was just more about getting minutes and the opportunity was at Spurs." She said. "It just meant that I didn’t have to move house or up my whole life, it was just another 20 minutes down the road.

"I understand that maybe social media goes a bit mental over stuff like that, but for me it’s just an opportunity to go and play football some place else. I’m just seeing it as a positive." 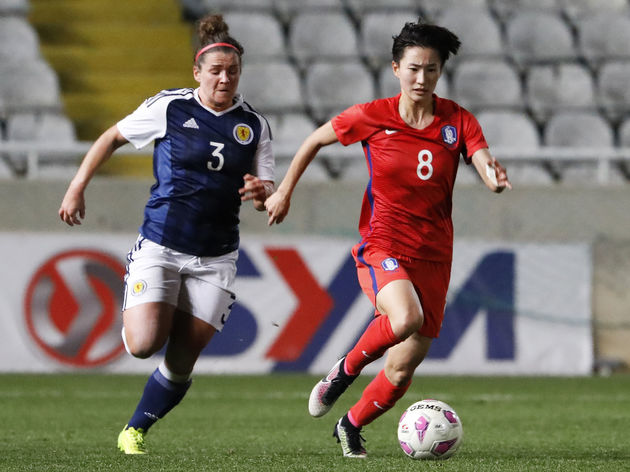 Mitchell's move has drawn parallels with Sol Campbell's move from Tottenham to Arsenal in 2001, but she is not the first to have played for two rivals in the women's game.

Alex Greenwood played for ​Everton and ​Liverpool, then Manchester United, while Lucy Bronze, Fara Williams and Rachel Brown-Finnis have both represented either half of the Merseyside divide.

Her arrival has been welcomed by her new "She’s a great character to have around." he said. "We keep telling her to do whatever it is to finish the games, and train with a smile and I think she’s doing that.

"I think she showed this today already. First start, great goal, at the end working extremely hard for the team, for her teammates, for us. So great girl and a great player to have within the unit."

Mitchell will be hoping to keep her starting place when Spurs take on ​Manchester United in the WSL this Sunday.