​Former Arsenal midfielder Emmanuel Petit has criticised the selection of Shkodran Mustafi at right back during his former club's 1-1 draw with Tottenham at Wembley.

The visitors could, and perhaps should, have beaten their arch enemies after putting in an impressive away day showing, only to be denied in the last minute after Spurs goalkeeper Hugo Lloris saved Pierre-Emerick Aubameyang's last minute penalty.

One bone of contention, however, was manager Unai Emery's decision to pick Mustafi over Carl Jenkinson, who had played well in Arsenal's 5-1 win over Bournemouth just three days earlier, at right back. And Petit, a Premier League and FA Cup winner with Arsenal, believes the decision to pick the German in place of the injured Hector Bellerin and Stephan Lichtsteiner was the wrong one to make - with Mustafi conceding the penalty that Tottenham equalised from when he fouled Harry Kane.

Speaking to RMC Sport he said,

"Emery steers the ship well, but there are certain things in his management style that concern me. I hope I am wrong." 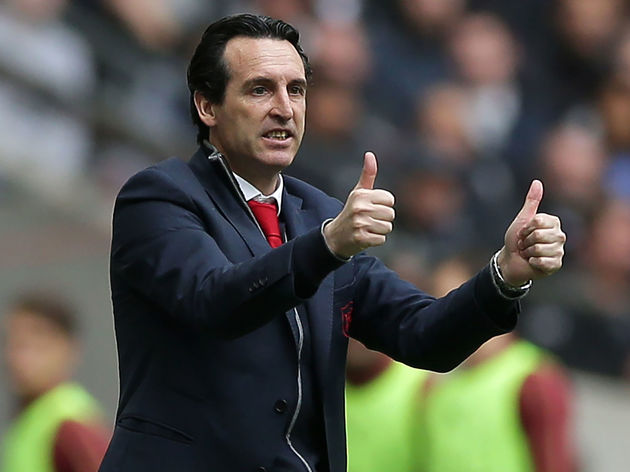 Petit did continue by praising Emery's handling of the ongoing Mesut Ozil saga, which has seen the midfield maestro in and out of the Arsenal line-up this season.

He added: "Unai Emery’s management of Ozil has been good. He’s left him at home and put him on the bench at various times, giving him a few minutes here and there before now thrusting him back into the first-team."

Regardless of whether or not his team selection was correct, there is no doubting that Emery has had a positive influence at the club since he took over. Arsenal's current total of 57 points after 29 games means they are 12 points better off than at the same stage last season - although they are still a point outside the Premier League's top four.

They could boost their hopes of Champions League qualification further when they face Rennes in the first leg of their Europa League round of 16 tie, which gets underway later this week.