England manager Phil Neville was left wanting more from his player after an opening 2-1 win over Scotland in the Women's World Cup, giving an impassioned speech to his players on the pitch at the final whistle and later declaring the Lionesses still have a 'long way to go'.

With Argentina next up in Group D, Neville will  be hoping that starts now.

Here's a look at the potential Lionesses XI the England boss could pick... Karen Bardsley (GK) - Will be expecting a quiet day. Argentina only managed one shot on target against Japan and it didn't come until the 73rd minute.

Lucy Bronze (RB) - Formed an exquisite partnership down the right flank with Nikita Parris against Scotland and fans will be hoping to see more of the same.

Steph Houghton (CB) - At fault for the Scotland goal after giving the ball away in a dangerous area. She will know that was a mistake and will be harder on herself more than anyone.

Millie Bright (CB) - The Chelsea defender is expected to be available despite the heavy fall on her shoulder that ended her participation against Scotland prematurely.

Alex Greenwood (LB) - Was likely to start ahead of Demi Stokes even before the Manchester City left-back picked up an injury, and should keep her place now. Jill Scott (CM)- On the score sheet last time England faced Argentina at the World Cup in 2007. That was her debut World Cup, can she repeat the feat in what is now her fourth?

Keira Walsh (CM) - England will have the majority of possession in this game, which means that the Manchester City midfield shield and deep lying play-maker will see a lot of the ball.

Georgia Stanway (CM) - Fran Kirby was disappointing against Scotland, perhaps lacking full match fitness after a stop-start 2019, and could make way for the PFA Young Player of the Year. 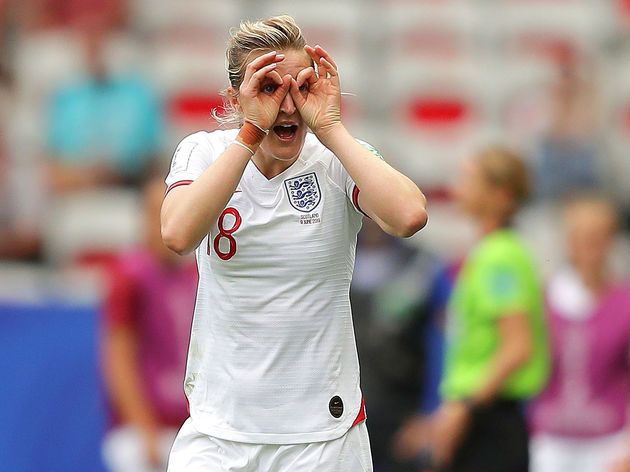 Nikita Parris (RW) - Scored England's first goal of the tournament and her first in a World Cup from the penalty spot against Scotland. Will be eyeing another, or, several here.

Ellen White (ST) - Proved just why she has been in the international fold since 2010 after a calm and composed finish that proved to be the winner against Scotland.

Beth Mead (LW) - Quieter than expected against Scotland, but if Argentina look to close the space in central areas it will leave space out wide and that will suit the Arsenal star.

​For a full preview of England vs Argentina, click here.