​Barcelona sporting director Eric Abidal has admitted that the club have been tracking Arsenal striker Pierre-Emerick Aubameyang, adding that a summer move for the Gabon international is a possibility.

Aubameyang has been linked with Barcelona in recent months as the club seek a new number nine, while the rumours intensified in January following the long-term injuries to Luis Suárez and Ousmane Dembele. Any attempts to sign Aubameyang (or any striker for that matter) in January failed, while a public spat between Abidal and star player Lionel Messi has since ensued following a difficult few months for the club.

Speaking to Catalan daily SPORT, in a now-infamous interview, Abidal insisted that ​Barcelona will definitely sign a striker in the summer, and suggested that ​Aubameyang is high on their wish list.

"There is a list with players like [Olivier] ​Giroud, [Fernando] Llorente or Aubameyang, but for one reason or another we decided not to sign [anyone in January]. We believe it is the best for the club," he said (via Goal).

"I know [Aubameyang]. I do not have much to do [with him] beyond sports. He has a profile that has depth. He is important, and in his team he is decisive. It is good to bring this profile of player who can be in the market and can help you. We’ll see what will happen.

"It is logical that in summer a '9' will come. It is a necessity. We know that ​Suárez will come back strong, but you have to bring a top player in the summer.

"We do not know if he will be young or experienced. We only look at the talent and adaptation they may have. We must think that some top players have come and have not adapted well." 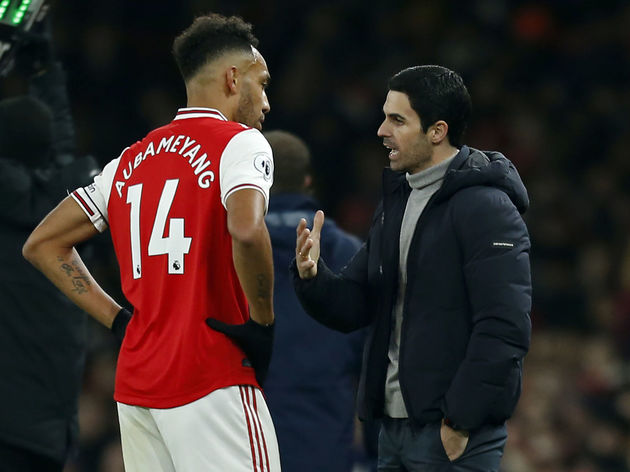 A move for Aubameyang could be a real possibility as, according to The Sun, Arsenal boss Mikel Arteta is planning a summer clear-out of his squad and the striker is one of the players who could be sold.

Arteta is thought to be unimpressed with his squad's lack of progress since he arrived, and while he would prefer to keep Aubameyang, there is an acceptance that the striker's expiring contract could force their hand.

Out of contract in 2021, Aubameyang is reluctant to stay at the Emirates Stadium if the club fail to qualify for the ​Champions League, and Arsenal may have to cash in while they still can.

In the meantime, ​Barça may get special dispensation to sign an emergency striker outside of the transfer window to compensate for their injury crisis. However, that player can only be signed from within Spain, or be a free agent.