The Europa League returned with a true bang on Thursday night, with plenty of high-profile British fare to keep us going right through to the weekend.

The excitement began with Manchester United and Wolves wandering down to Serbia and Slovakia respectively and Rangers pottering in Porto, before Arsenal hosted Vitoria Guimaraes and Celtic welcomed Lazio to Glasgow. 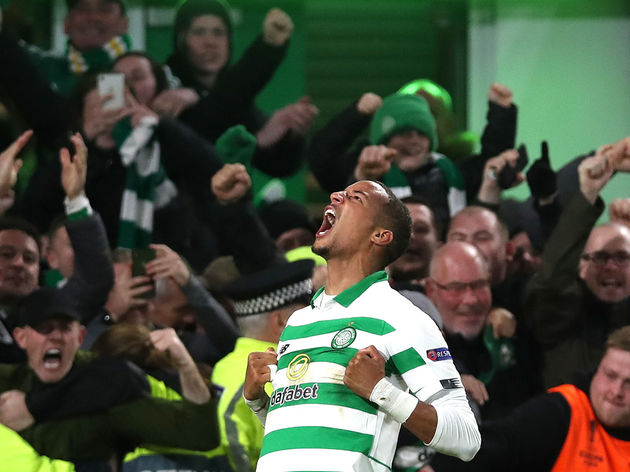 Parkhead Paradise. Glaswegian Limbs. Is there anything else like it?

And it was the order of the day for Celts fan, as their side mounted a famous comeback to beat Lazio 2-1 thanks to a Ryan Christie leveller and a last-gasp header from Christopher Julien.

Manuel Lazzari had put the Romans in front just before half time, and Fraser Forster kept his side in it on more than one occasion, but as the game went on it was Neil Lennon's side applying the pressure, which finally told with Julien's leap. They now find themselves sitting pretty atop the group. 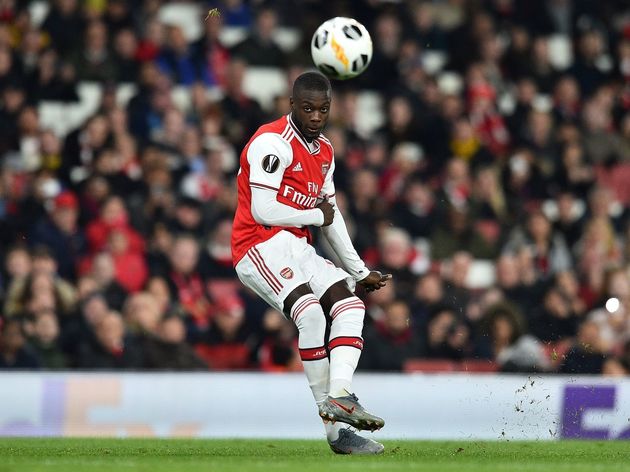 It may not have felt like it for large swathes, but thanks to his record transfer, Unai Emery can once again call it a 'Good Ebening' at the Emirates. Three wins from three for the Gunners. It may have required some sincere heroics from Alan McGregor right at the death, but Rangers secured a well-deserved point in Porto, after Alfredo Morelos' 44th-minute goal - his tenth in 11 UEL games this season - cancelled out Luis Diaz's 36th-minute opener.

The result leaves the Colombian-powered Scottish side in second place behind Young Boys in Group G, ahead of their Portuguese counterparts on goal difference.

(and then the internet broke) pic.twitter.com/XA7133r7Pz

Wolves recovered from an early deflected goal from Andraz Sporar to produce a rousing comeback of their own against Slovan Bratislava.

Five second-half minutes were enough for the Wanderers to secure the victory, with Romain Saiss sneaking his shot past a flailing Dominik Greif in the 58th-minute before Raul Jimenez was brought down in the penalty area, and duly converted from the spot.

With three minutes to go of normal time, Diogo Jota was given his marching orders for a second yellow, but Nuno Espirito Santo's side held on to nab all three points and second place in the group. It was a night of contrasting fortunes for Manchester United centre backs past and present. While Harry Maguire was putting no feet wrong - save for the ones he took away from the coin toss before the game - in a man of the match-worthy performance as captain in Belgrade, Chris Smalling was giving away penalties for being struck in the face with the ball in Rome.

That brutal juxtaposition aside, this was - shock, horror - hardly a vintage display from United, with Anthony Martial's first-half penalty the only thing separating them from a fairly moping Partizan Belgrade side that still managed three times the number of shots on target of their visitors.

Still, a win's a win, especially when it's your first away from home since March and puts you top of your group by two points.