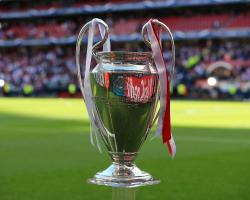 It has also demanded a seat at the table before any decision by FIFA to expand the World Cup from 32 to 40 teams is taken.

ECA chairman Karl-Heinz Rummenigge said: "I believe both ECA and UEFA are interested in an evolution of the competitions

It is important to find a good and balanced solution for everyone involved."

The ECA's senior vice-chairman Umberto Gandini also told a news conference in Paris: "We are starting a review process of the Champions League and working with UEFA to see which improvements we can bring in to have the most attractive football product every year

"The process will last six to nine months maximum but it is clear we have to take into account all the measures to make it more and more attractive.

It may be just a slight change to the access list, it may be many aspects of the competition that can be reviewed and adjusted."

The ECA meeting was given an address by UEFA general secretary Gianni Infantino, who is standing for election as FIFA president later this month

The ECA has no vote but gave its backing to Infantino, however the clubs are not happy with his proposal - also in the manifesto of some rivals and a recommendation of FIFA's reform commission - to expand the World Cup.

An ECA statement said: "Once again ECA expresses its disagreement with the possible increase in the number of teams participating in the World Cup from 32 to 40, as proposed by the FIFA reform committee.

The burden imposed on players has reached its limits; all football stakeholders must protect the players, the key element of the game, from physical overload."