Arsenal defender David Luiz has revealed his admiration for the work ethic of teenage striking sensation Gabriel Martinelli, in an exclusive interview with 90min

Arsenal's @DavidLuiz_4 picks his perfect player from across the football world thanks to @adidasUK! 😍 pic.twitter.com/ZGHglmPjdu

"At Arsenal, I'm so happy because I can see the top talents with great mentalities," Luiz explained.

"[The young players] who go far are the ones with great mentalities, and don't just have talent. I don't want to say who is the best talent, but the best mentality [in a young player at the club] is Martinelli.

"He has a great mentality. 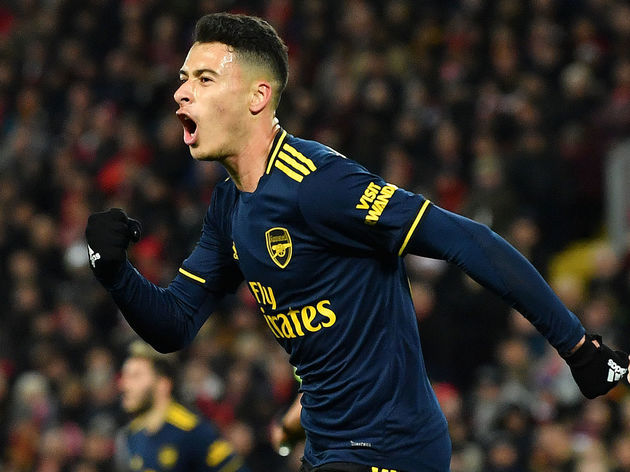 "He's taking his opportunities step-by-step, always with the same focus and determination. He respects the time [it takes to develop] and is very mature for his age."

Luiz also opened up on his goals and aspirations for ​Arsenal, confirming that he wants to help bring the glory days back to north London after 15 years without a ​Premier League

"At the moment, I feel very good, especially with my physical condition. A few years ago [my fitness] was not the best, but now I feel very well. I still love football and want to play for as long as I can, especially at a high level.

Gooner or not, @DavidLuiz_4 is one of the nicest guys in football.

We went through his perfect player & included @hazardeden10 for his big bum, @trentaa98 for his crossing and then he joined the Jorginho club. 😍 #Luiz #Jorginhoclub pic.twitter.com/uInpvaH42I

"After that, if I'm not at a high level [or I'm unable to compete] and I don't love the game anymore, I will decide on another thing. But for the moment, I signed for another big club in my career and I have the ambition to win at this club and help Arsenal win titles again."

Luiz will be undoubtedly be targeting success in the Europa League this season, but it's the Premier League