​Arsenal and Fiorentina face off on Saturday as both teams prepare for the 2019/20 season with their next match in this year's International Champions Cup taking place in North Carolina.

This will be the first time these two teams have faced each other since their group stage matches in the 1999/00 Champions League, mainly due to both teams' fluctuating levels of success when it comes to European competitions.

This will be Arsenal's second match in the ICC after they defeated Bayern Munich 2-1 on Wednesday, and Fiorentina's second after their 2-1 victory against Mexican titans Chivas de Guadalajara at Toyota Park on Tuesday. Here's 90min's preview for this next clash in the International Champions Cup.

​Arsenal are still without Spanish wing-back Hector Bellerin who's been out since January with a  ruptured cruciate ligament, ​but he still made the journey with his team on their tour of the US. The Gunners are also without captain Laurent Koscielny who refused to join his teammates on their summer tour as he looks for a move back to France.

Arsenal named a 29-man squad for this tour so expect many changes throughout most games in the competition, while Fiorentina were only brought into the ICC at short notice, replacing Roma who have to play qualifiers for the Europa League, so La Viola may not be as prepared.

Two of La Viola's players have recently come back from injury in the form of Cristiano Biraghi and Bartlomiej Dragowski, while star man Federico Chiesa has only recently returned from international duty with the Italian Under-21 team and has some time off before rejoining the squad.

Arsenal have only played Fiorentina twice competitively in the illustrious history of their clubs. This came in the first round of group stage matches of the 1999/00 ​Champions League​, with Arsenal losing 1-0 at home to Fiorentina thanks to a goal scored by Gabriel Batistuta, while the reverse fixture ended in a scoreless draw. 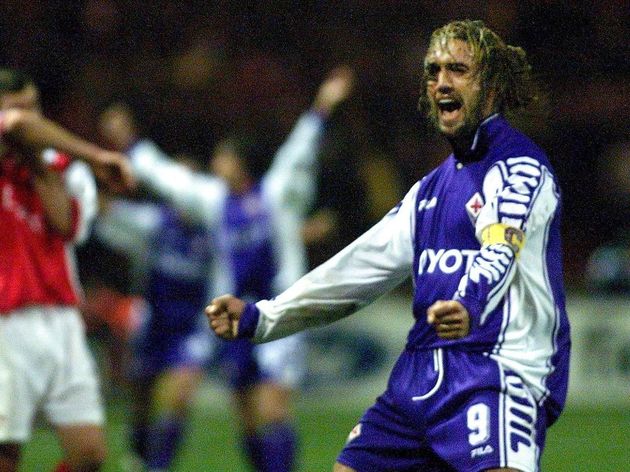 Those games ultimately sealed Arsenal's fate in the group, as they finished one point behind second placed Fiorentina, resulting in their rather successful UEFA Cup run in which they reached the final only to lose to Galatasaray on penalties.

Both teams come into this match having won their previous game in the International Champions Cup.

Arsenal may still have thoughts of the 4-1 thrashing at the hands of ​Chelsea in the Europa League final in the back of their minds, whilst Fiorentina narrowly avoided relegation last season after a cataclysmic run of results saw them finish the season three points above the drop zone. Arsenal will look to continue their winning streak after beating Colorado Rapids and ​Bayern Munich.

Here's how each side has fared in their last five games.

Arsenal will want to keep their winning streak going so confidence can grow for a team that was severely lacking it after that night in Baku. Fiorentina on the other hand will want to show they're better than what their second half of last season showed and a win against Arsenal could prove that.

This will be a respectable challenge for both teams ahead of their next campaign in the coming months, and with the prospect of silverware on the line at the end of this competition, both teams will want to start their seasons on the right foot. ​