Arsenal are reportedly interested in bringing French winger Florian Thauvin to the Emirates Stadium during the summer transfer window.

The World Cup winner is expected to leave his current club Olympique Marseille at the end of the season following a public outburst in which he called the Ligue 1 side 'rubbish', but this doesn't appear to have put off Unai Emery. 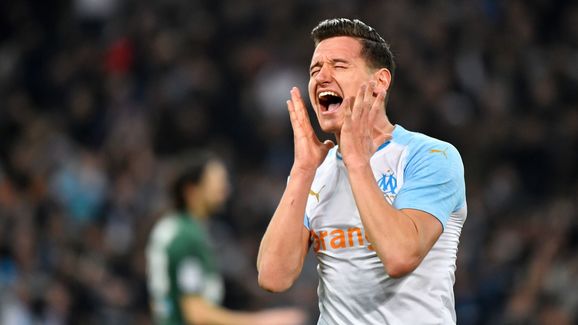 According to French outlet ​Foot Sur 7, the Gunners are among a number of clubs interested in the 26-year-old, including ​Bayern Munich and ​Milan.

Thauvin has had an impressive three years at Marseille after his wholly unsuccessful spell in the Premier League with ​Newcastle United in 2015/16, making 13 league appearances and scoring no goals before returning to Marseille on loan in the January window.

Florian Thauvin for Marseille across all competitions:

His 2017/18 season was his most prolific, scoring 26 goals and making 18 assists as he helped Les Olympiens to the Europa League final and earned himself a place in France's victorious 2018 World Cup squad.

This campaign, Thauvin has continued in the same vein with 13 goals and eight assists from 29 games, however his actions off the pitch have grabbed the headlines of late.

Following Marseille's 2-0 loss to Bordeaux - a hugely damaging result to their hopes of qualifying for next season's Champions League - Thauvin did not hold back his emotions post-match.

He told reporters: "It’s the same story every season. I’m fed up. For a top-three finish, it’s over. And even if we get into Champions League, what’s the point? We’re rubbish."

With AS Roma and ​Inter also said to be interested in the winger, it doesn't look like his comments will leave him short of suitors this summer.

Any deal to bring Thauvin to the Emirates is likely to be contingent on ​Arsenal's qualification for the Champions League, which can still be achieved via the top four or by winning the Europa League.