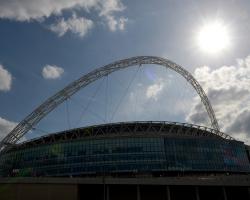 Following five pound cuts across the board, tickets for the May 21 Wembley showpiece will start at ÃÂ£45, excluding concessions, and semi-final tickets will begin at ÃÂ£30

A statement from the FA read: "Following discussions led by chief executive Martin Glenn, The FA today confirms that ticket prices for the 2016 Emirates FA Cup final at Wembley have been reduced by ÃÂ£5 across all price points

"In addition, tickets for this year's semi-final matches revert back to 2014 prices

"So far, this season's competition has seen attendances close to two million and ÃÂ£13m distributed to clubs across the football pyramid

"The FA is in a good financial position and lowering the cost of these showpiece matches is in recognition of the strong, continued commitment from fans supporting the world's original cup competition."