​Former Arsenal transfer and contract negotiator Dick Law has revealed that the Gunners actually had agreed a new contract with winger Alexis Sanchez, only for the Chilean to change his mind at the last minute and ultimately join Manchester United.

Sanchez was one of Arsenal's top performers at the time, but failed to extend his contract at the Emirates Stadium. He came close to joining Manchester City, before eventually finding his way to the other side of Manchester in January 2018. Speaking to ​Goal, Law admitted that ​Arsenal had actually agreed terms on a new deal with ​Sanchez in December 2016, only for the winger to inexplicably reject the offer at the last minute.

He said: “We had a deal. It was in December and we had been talking to his agent [Fernando Felicevich] throughout all of 2016, the whole year. We got to December, I flew to Santiago and we did the deal.

“The player agreed to it on a phone call from Fernando's office. Fernando and I shook hands and discussed how difficult the negotiation had been and we had the deal done. "The contract team drafted the new contract and sent it over to the lawyers representing Sanchez and in that space of time, while the documents were being proofed, he changed his mind for whatever reason. We don’t know who got to the player, or why he changed his mind. But the bottom line was, he did.”

As a result of this breakdown in negotiations, Arsenal were expected to cash in on Sanchez in the summer of 2017, when ​City submitted a sizeable bid for the winger on deadline day. That forced Arsenal to try rush a deal for Monaco's ​Thomas Lemar but, when their deal for the Frenchman collapsed, so did Sanchez's.

“We did try to get Thomas Lemar that day, but it didn’t get done. We thought we had Lemar and then that would have meant Sanchez to Manchester City. It was a simple operation of using the Sanchez money to pay for Lemar," Law explained. 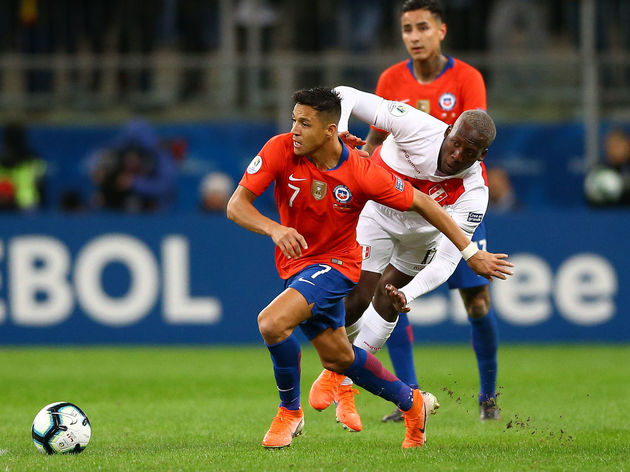 “We had a deal done for Lemar, Sanchez had a deal done with City. But Lemar had been called up for France and Monaco had played the thing out and they ended up playing it out too long.

“They didn’t send a clear signal to the player before he left for the national team and when they did send that signal, Lemar was already there with the French national team on the day of their international match and the deal fell apart.

“It was a shame because it would have been interesting to see Lemar at Arsenal, but you have to move on from these decisions and circumstances. You can’t sit and dwell on what might have been.”