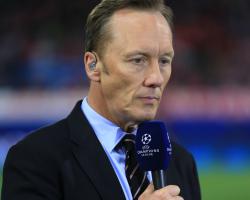 The defeat was a seventh in 12 games for the Gunners, with manager Arsene Wenger still yet to declare whether he will remain at the club beyond the end of the season.

Fans have been protesting about Wenger, wanting him to leave rather than sign a new deal, but also turned on the players during the reverse at Selhurst Park.

Here, Press Association Sport looks at the reaction of some ex-Arsenal stars as well as other former players.

Four-time league winner and England international full-back Lee Dixon was less than impressed with the whole team at Palace: "Sometimes players have nights where nothing goes right

Ian Wright played for both Palace and Arsenal and believes Wenger may have now lost the trust of his squad, posting on Twitter after the game: "Wow, some of the comments I get from Arsenal fans on here.

Wenger has been at Arsenal for over 20 years and has never failed to deliver a top-four finish over the course of a full season, but ex-midfielder Ray Parlour thinks the task of qualifying for the Champions League is getting more difficult: ''Gutted about the result

Mathieu Flamini came off the bench for Palace in Monday's win and the midfielder, who had two spells as an Arsenal player, said he sympathised with their supporters.

"It is painful because I am still an Arsenal fan," he said after the game

"I spent many years over there so my heart is white and red.

Of course everyone is disappointed

I understand also the frustration of the fans because they are such a big club and they want their team winning and it is not an easy situation."

Jay Bothroyd, a graduate of the Arsenal academy, wrote on his Twitter account: "Only Arsenal tolerate failure! It's disgusting! Who will go to AFC next year? AFC don't pay like the rest of prem top teams and don't win!''

As well as former Arsenal players, other ex-professionals were quick to offer their take on the situation at the Emirates Stadium:

Jamie Carragher launched a passionate attack on Arsenal after the game, having covered the defeat for Sky Sports.

''From top to bottom the club is not right," he said.

''Graeme Souness summed it up best a while back when he called them a team of son-in-laws.

''What father would want his daughter to bring one of them home? I'm serious

Bottling it, cowards, ducking out of challenges.''

This is academy, kids football basically.

"No one is speaking

When the goal goes in you don't see anyone having a go at each other."

Another former England defender Andy Hinchcliffe believes Wenger needs to address the question over his future sooner rather than later.

"There is no togetherness and no spirit," he told Sky Sports News.

"It is a very talented Arsenal side but if you don't stick together and do the basics you don't have a hope.

"The Arsene Wenger situation, if it is the cause of all of the problems, needs to be resolved

This could go into next season

The Arsenal players are basically going through the motions and that isn't good enough."