Tickets for the game are, as ever, available on both teams' official club websites, though membership is required in order to purchase. In terms of resale, both teams provide the option to make season tickets available for others to use, if a supporter is unable to attend the game themselves.

Frankfurt will almost certainly be without the trio of Marco Russ, Jonathan de Guzman and Mijat Gacinovic.

Their squad was ransacked over the summer, with last season's star performers Luka Jovic, Sebastien Haller and Ante Rebic all leaving for Real Madrid, West Ham and Milan respectively. ​Arsenal will continue to be without striker ​Alexandre Lacazette, who has an ankle problem, while full backs Hector Bellerin and Kieran Tierney are building up to match fitness after returning to training last week.

Rob Holding could declare himself fit after featuring for the club's Under-23s, but whether Unai Emery will rush him back to break up the calamitous Sokratis-Luiz partnership remains to be seen.

Both clubs have regularly featured in Europe throughout their respective histories, but they've never faced each other in UEFA competition.

Frankfurt are unbeaten in their previous five games against English opposition but have drawn three of those, including the 1-1 against Chelsea before their elimination on penalties. 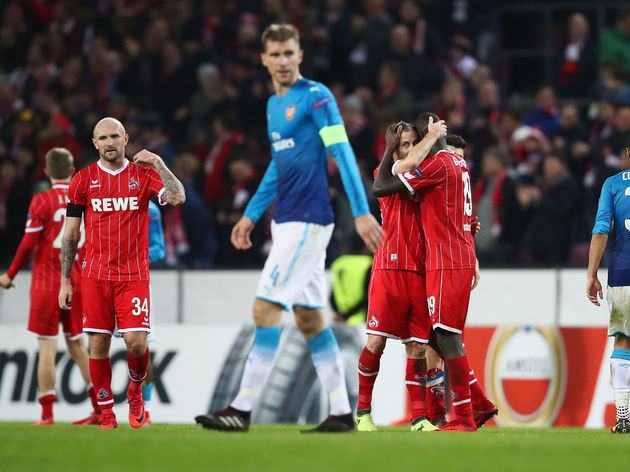 Arsenal have won 17 of their 38 UEFA games against German sides, though their last four fixtures on German soil have ended in defeat. They were beaten 1-0 by Koln in 2017/18 and also suffered two heavy defeats to Bayern Munich.

Neither team have set the world alight so far this season.

Eintracht's form went off a cliff towards the end of last season, costing them a place in the Champions League, and that hangover has continued into this term, losing two of their four Bundesliga games.

Arsenal are without a win in three ​Premier League games, drawing with Watford and Tottenham having previously lost to Liverpool.

Here's how each team has fared in their last five games.

This game probably won't be an instant classic. The two teams will be looking to settle in this year's competition, but Arsenal will back themselves to come away with a positive result. ​Aubameyang is in stunning form and, if he plays, the north London outfit should pick up the victory, albeit not as comfortably as they may like.