​Arsenal are set to open negotiations with Brazilian forward Gabriel Martinelli over a bumper new contract as a reward for his electric start to the season.

The 18-year-old has already managed ten goals in all competitions this season, despite largely operating as a substitute. He bagged his tenth in Tuesday's 2-2 draw with Chelsea, proving himself as a key part of this Arsenal side already.

Catch him if you can ‍♂️

Martinelli may have only joined the club in the summer, but the ​Daily Mail claim that he is already in line for a new contract and could even triple his wages before the season comes to a close.

​Arsenal want to prove their commitment to Martinelli, who is understood to have attracted interest from Spanish giants ​Real Madrid. Los Blancos are said to value the teenager at around £50m - £44m more than Arsenal paid to sign him in the summer.

To try and fend off their interest, Arsenal want to offer Martinelli the chance to treble his wages from £10,000-a-week to £30,000, but they may have to go higher than that if Real are sniffing around. 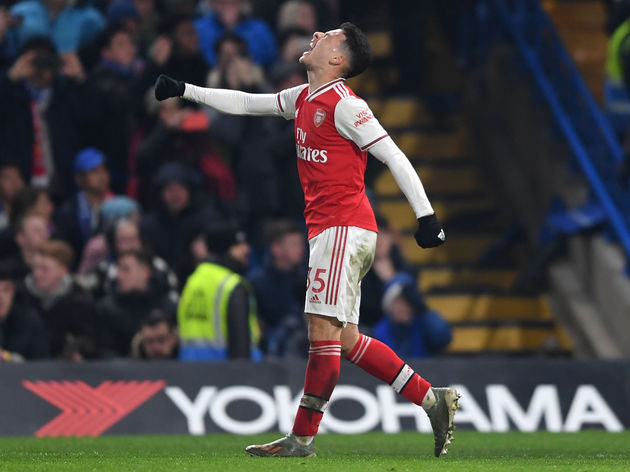 It may not only be Real who are keen, with Football Insider suggesting that Liverpool also hold an interest. However, their report opens up by calling him Bruno, so that link is probably one you can discard for now - as Bruno Fernandes clearly remains on the mind.

Martinelli, meanwhile, remains under contract until 2024, so Arsenal are not under any significant pressure to offer fresh terms. But if Real's interest is indeed true, the Gunners will be wary of having his head turned.

Recently, he has started Arsenal's last two games following ​Pierre-Emerick Aubameyang's suspension and looks to have done enough to earn a permanent place in the lineup after netting in both matches. However, neither goal actually led to victory. Arsenal still find themselves tenth in the ​Premier League, ten points behind ​Chelsea in the race for a top-four finish, so it certainly seems possible that Martinelli could want to leave in search of European football.

Arsenal clearly hope that a fresh financial commitment will be enough to convince Martinelli that he should stay at the Emirates Stadium, but they may have some more work to do.