​German football journalist Raphael Honigstein has insisted James Rodriguez will see out the remainder of his two-year loan at Bayern Munich, while labelling a recent rumour linking him with a move to Arsenal as a 'crazy story'.

The 27-year-old has entered the final six months of a two-year loan deal with the Bavarian club, having joined from parent club Real Madrid in 2017, with the Colombia international scoring 11 goals and providing 16 assists during his time at the Allianz Arena.

With the midfielder's future somewhat uncertain, ​Arsenal have been linked with a move for 2014 World Cup Golden Boot winner on loan, although Honigstein is adamant he won't be moving to the Emirates this season. 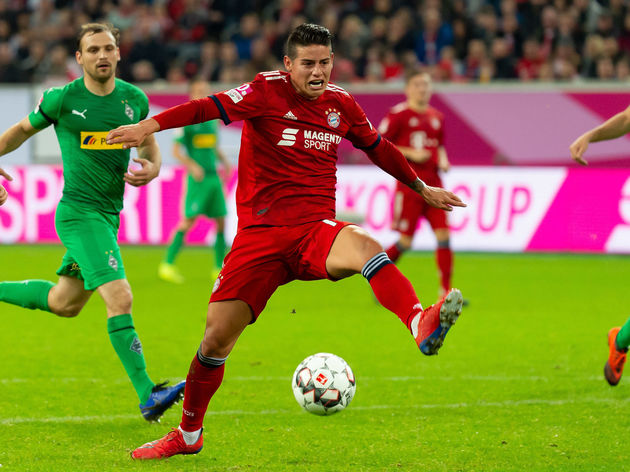 Speaking on The Gooner Talk, as quoted by ​The Express, he said: "

"Bayern have paid €10-12m for those years and they have an option to make the move permanent by paying €42m.

"If the player says he doesn’t want to stay here, then he goes back to Real Madrid and they can decide what they want to do.

Thanks for your support, #FCBayern fans.

"It’s just a crazy story, I just don’t even understand who even had the imagination to come up with it."

​James Rodriguez recently impressed for ​Bayern, who ​have been linked with signing the midfielder permanently, as they returned to Bundesliga action with a 3-1 win against Hoffenheim, with current boss,

That's the kind of brilliance you get from James Rodriguez. No way Bayern Munich are letting him leave for Arsenal or anyone else. #TSGFCB

"James is playing for his future. I expect him to keep pushing. I see that he is motivated and focused, he wants to play more than in the past.