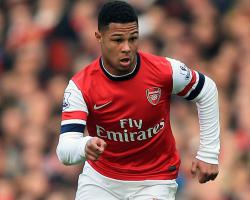 The 20-year-old midfielder is expected to link up with the Baggies on Thursday, Press Association Sport understands

Gnabry has recovered from a serious knee injury which forced him to miss all of last season and he has not played for Arsenal since March 2014.

He made his Arsenal debut in a 6-1 League Cup win over Coventry in September 2012 and made his league bow in a 1-0 defeat to Norwich a month later.

The Baggies had also been in talks with Bakary Sako, after he lowered his wage demands, before the winger joined Crystal Palace on a free transfer on Wednesday.