Granit Xhaka: Naming the Swiss as Captain Sets a Dangerous Precedent for Next Season

A quartet of deals are tiptoeing their way towards the dotted line, with Everton Soares, Dani Ceballos, William Saliba and Kieran Tierney all (supposedly) set to join the Gunners.

Yes, one, arguably two, more centre halves are needed, but finally some minute signs of hope are creeping their way back into the minds of ​Arsenal fans.

However. Oh, however. The devoted and pragmatic fans still point to a glaring deficiency in this once illustrious team. It's a void that has yet to be adequately managed, a pot-hole that has seen numerous tyres being burst, a chasm that...OK, you get the picture.

Leadership is a quality in football that cannot be understated. Simply no manner of talented footballers will be able to successfully achieve anything without a ring-leader who is there to dig them out of the mud, kick them back into gear and rally the troops in times of despair.

That man is not Granit Xhaka. Granted, no player divides a fanbase quite as much as the Swiss does. On one side, he's slow at tracking back, has a shot accuracy of 29% and is far too slow to perform the holding midfield role.

Sideways passes are far too frequent, with the stats on his distribution of the ball blurred due to the sheer quantity of simple passes he makes. That's all well and good, acting as the pivot in midfield from which other attacks formulate, but in this case you need to be good at defending.

A blatant lack of pace means he is essentially incapable of tracking back when the opposing team counter-attack and, while his discipline levels have improved, he still loves the odd wild lunge here and there. Of course, speak to the other section of the supporters and his role in the side is imperative to all the good Arsenal do. Some have likened his capacity in the side to Andres Iniesta (shudder), given that he doesn't provide many assists yet all the pleasing and important elements of Arsenal's play comes through him.

Whatever your standpoint on the argument, one thing is conclusive. He is not a captain.

Why? You may ask. Well, let's break it down into what criteria a captain must fulfil. There are a few. Some lead by their vocality, their ability to galvanise a team that may be falling by the wayside. Struggling to find a goal and staring down the barrel of defeat, it is the captain players turn to steady the ship towards a course of success.

He doesn't do that. Too often it is indeed Xhaka who goes missing, looking the player most bereft of confidence and throwing his toys out of the pram with the referee.

Some captains lead by example, oozing varying degrees of class and presence that both strike fear into opponents and encourage those around them to step their game up.

He doesn't do that. No less than seven goals were conceded by Arsenal last season in the ​Premier League as a direct result of mistakes by Xhaka. For context, Shkodran Mustafi directly caused three.

What further wrangles supporters is that when the 26-year-old has made mistakes and performed miserably, his place in the side remains. In doing so, a frightening precedent is set that allows failure to go unpunished.

That's hardly the example you want to set for an influx of youth players. Sure, all players make mistakes, particularly those entering the fray from the youth set up, but in making Xhaka captain you merely set the bar exceptionally low for elite status at the club - since mistakes have become a recurring theme of his game.

Thirdly, and so crucially, you must put the team ahead of personal glory. That simply isn't the case with Xhaka. Too many times when the going gets tough do you see him fire a 35-yarder into row Z. Too many times does he go hiding, more focused on ensuring his own - already bruised - reputation isn't tarnished further instead of grabbing the game by the scruff of the neck, and in turn, putting his own neck on the line.

The kids are alright! 

No harmony will ever be instilled in the stands at the Emirates when a player much-maligned by a large portion of the supporters is made leader of the team. You can't expect fans to salute their 'leader' when vast numbers of them would rather bid him Tsch

The sad reality is Unai Emery's hands are somewhat tied. Few, if any, members of the squad have 'captain' etched across their foreheads - thus the natural answer is to choose a central midfielder who is nigh-on always assured of a place in the starting XI. 2007 was the last time when a Gunner wore the armband that the entirety of the supporters fully backed. A certain Thierry Henry.

Now it appears as though Arsenal could be braced for another William Gallas calamity, turning his back on the side when it isn't quite the bed of roses they had hoped it would be.

Yes, Xhaka does have the odd good game. Yes, sometimes he shows glimpses of the talent he may or may not possess. But inklings of ability and leadership don't win titles. Inklings of team motivation won't halt three years of Europa League football. 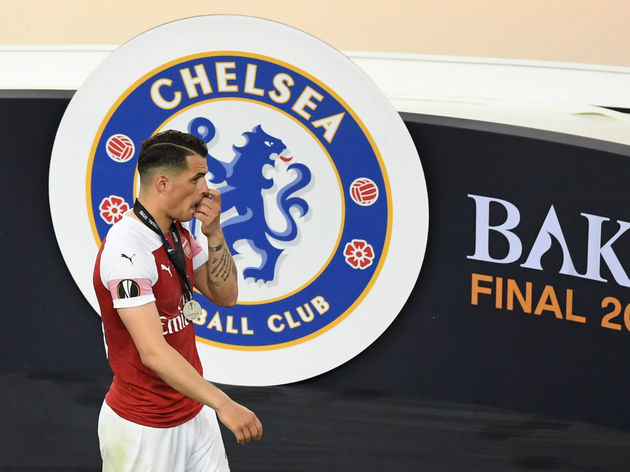 Captaincy shouldn't just be dished out like man-of-the-match awards, it must be earned. And at this point in time, Xhaka hasn't warranted such an accolade, no matter what your opinion on the man may be.