Granit Xhaka has opened up on the personal struggle he endured after losing the Arsenal captaincy, and admits he would have to think twice if offered the armband permanently again.

The midfielder was stripped of the armband after he was substituted during the Gunners' 2-2 draw with Crystal Palace and reacted angrily to the jeers of the Arsenal faithful.

Xhaka was then dropped by Unai Emery and his relationship with fans appeared damaged beyond repair. It looked as if his days at the Emirates were numbered. 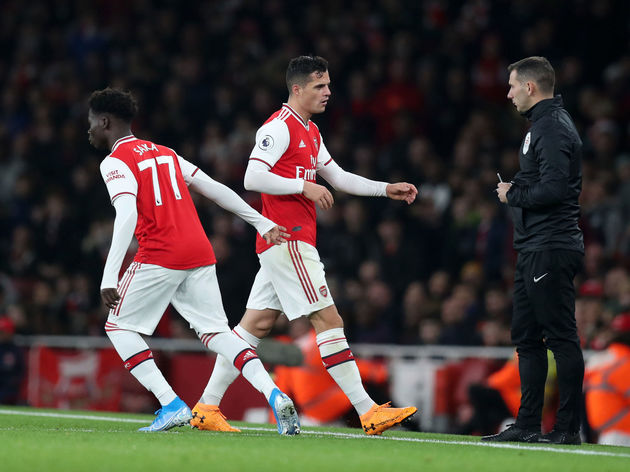 Reflecting on that period in an interview with the ​Evening Standard, Xhaka said: "I

“I had not so good a time when I was in Germany [with Borussia Monchengladbach] for the first six months because I didn’t play, but this one was something else.

"On one side I understand the fans, because they always want the players to perform, but on the other side they have to understand us as well. It is not always easy."

Granit Xhaka was superb again today against Everton! He’s really stepped it up since Mikel Arteta arrived and deserves all the credit! #afc pic.twitter.com/exTOQBfCSV

Following a spell on the sidelines after the incident, Xhaka has since become a mainstay in the team since Mikel Arteta was appointed in December, starting and playing the full 90 minutes in all but one match since the Spaniard took the reins.

Two and a half months on from the clash with the Arsenal supporters, Xhaka was temporarily handed the captain's armband once more during the Gunners' 1-1 draw against ​Palace at Selhurst Park.

However, the Switzerland international admitted he would have reservations about taking the armband full time if the offer arose.