Arsenal midfielder Granit Xhaka looks set to leave the club in the January transfer window after he was stripped of the club captaincy by Unai Emery.

The Switzerland international was cheered off when he was substituted in the Gunners' 2-2 draw with Crystal Palace in October, and further goaded fans into a reaction as he left the pitch, throwing the captain's armband on the floor, swearing at the home support, taking his shirt off and walking straight down the tunnel. 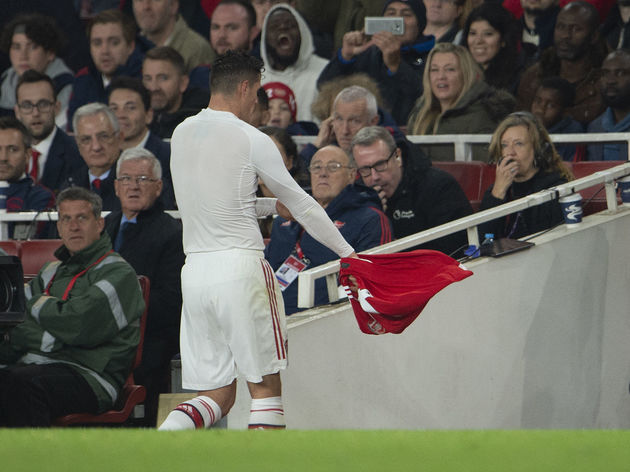 ​Emery admitted that he informed Xhaka of his decision to remove him from his 'leadership group' and replace him with ​Pierre-Emerick Aubameyang as captain on Tuesday morning, and now it​ looks like his ​Arsenal career is over.

​The Times report that Xhaka is upset about the decision and will look to leave the Emirates Stadium in search of first-team football as soon as possible, with a return to the Bundesliga a possibility.

Absolutely the right call to take the captaincy off Xhaka. Damage was irreversible. Whether he still has a future as an Arsenal player we will have to wait and see. Possibly, but you would think only for the short-term. An exit now feels inevitable.

Xhaka has also been omitted from Arsenal's squad travelling to Portugal for their Europa League tie at Vitoria Guimaraes, and there's plenty to suggest that he's already played his last minutes for the Gunners.

I feel for Xhaka. He’s always given his best. To be ‘stripped of captaincy’ is quite harsh and it sets a dangerous precedent i.e. the abuse & boos win. Stick up for your players, protect them. We’ve just thrown him under the bus. End for him.