Gunners close in on Sanchez deal 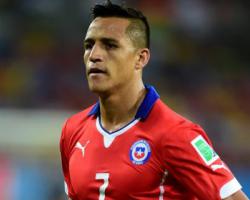 Press Association Sport understands a deal has now been agreed between the two clubs, believed to be worth around Â£30million, for the 25-year-old, who could be unveiled on Thursday once all the formalities are complete