Arsenal defender Hector Bellerin has identified the clash with Aston Villa at the Emirates on September 22nd as a possible return date following his cruciate ligament rupture.

Bellerin sustained the injury back in January in the 2-0 win over local rivals Chelsea, and was immediately branded with a nine-month rehabilitation process, making October 19th the earliest possible date for a comeback. 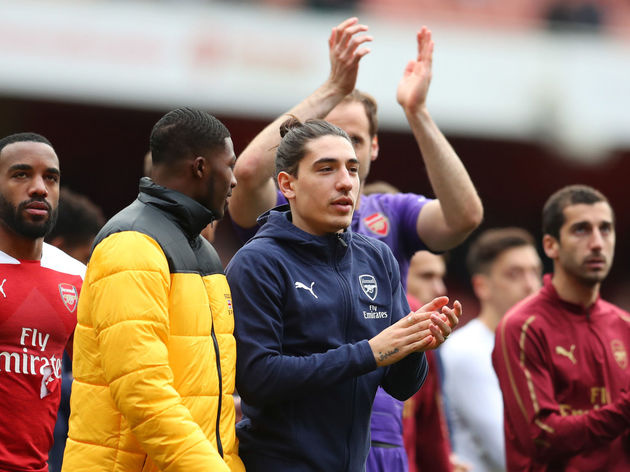 However, according to a report from the Guardian, the Spanish full-back has made excellent progress since then, with no hitches in the healing from his surgery, and this has continued right through the process, making a September return against the Villans in the Premier League feasible.

This is despite the fact that, in addition to that ruptured cruciate ligament in his knee, the 24-year-old also suffered significant damage to the meniscus.

However, this still leaves the Gunners in a bit of a grind in the right back position, especially following the departure of Stephan Lichtsteiner at the end of last season, meaning the much-maligned Shkodran Mustafi having to fill in there still a very real possibility for the start of the 2019/20 season.

It must be said, though, that these reports coincided with the ​confirmation of Edu as the club's new technical director, and fans will be hoping the Brazilian is able to weave his magic in the recruitment department to lessen the team's defensive shortcomings.

Speaking upon the announcement, head of football Raul Sanllehi declared: “His arrival is the final and very important part of the jigsaw in our development of a new football infrastructure to take us forward.

"He will be working closely with Unai Emery and the first-team coaches and will play a relevant role leading our football vision and ensuring we have – and follow – a solid philosophy through all our football activities.”