​Hector Bellerin isn't likely to play again for Arsenal this season, as reports have emerged diagnosing the injury he picked up against Chelsea as a ruptured cruciate.

The Gunners overcame their London rivals by two goals to one at the Emirates on Saturday, with first half goals from Alexandre Lacazette and Laurent Koscielny cutting the gap between the two sides to three points, but the afternoon was overshadowed for Bellerin by a horror injury that forced him off deep into the second half. 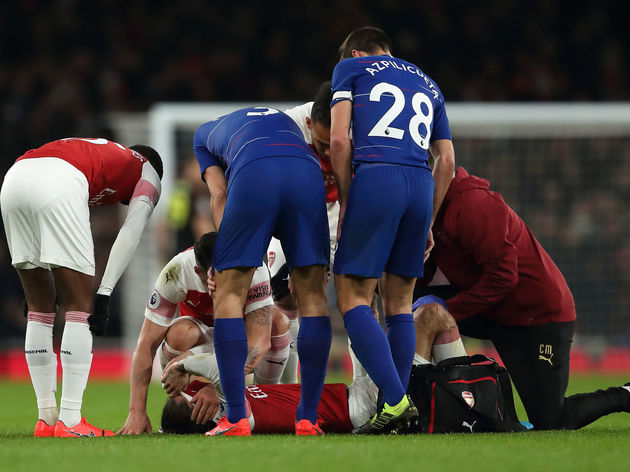 Replays left on-lookers wincing as he collapsed clutching his knee, and ​Arsenal boss ​The Guardian

He will reportedly seek further medical advice before arriving at a definite timescale, but is thought to be devastated at the prospect of a long road to recovery, having just returned from a calf injury that had kept him out since mid-December. It leaves Emery with a selection conundrum, as he joins ​Danny Welbeck and Rob Holding on a list of long-term absentees, and it remains to be seen whether or not it will force the club into the transfer market for a short-term replacement.

Emery had previously stated that only loan deals will be available this month, but the news of the long-term absence means 35-year-old Stefan Lichtsteiner remains the only senior natural right-back available. Midfielder Ainsley Maitland-Niles has offered cover in the position in recent weeks, while Carl Jenkinson may be an option despite not having made the squad for any of the Gunners' ​Premier League matches so far under Emery.