​Arsenal midfielder Henrikh Mkhitaryan insists his side must keep focus following their victory over Southampton, a result which moved the Gunners back into the top four.

The north London side are now a point clear of Manchester United and three points above rivals Chelsea, with the battle for Champions League qualification between the heavyweight duo set to go right down to the wire. 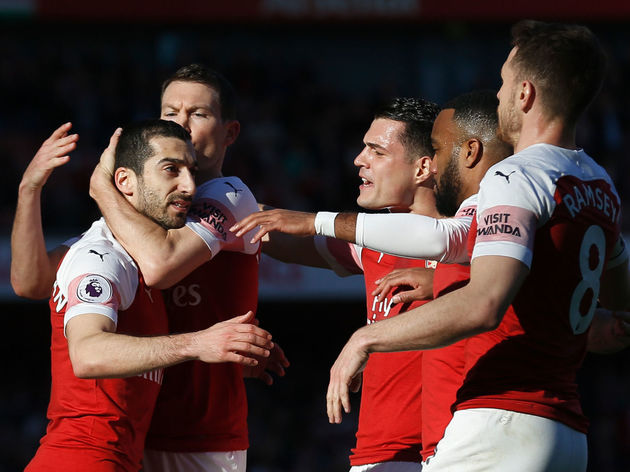 "The most important thing is to be focused and to be ready for every game because we are not going to think we are in top four and nothing will change. We just have to keep working and trying our best to win three points in every game.

️⚽️ #MickiMagic
It’s an important three points and now we have to be focused against Bournemouth. We’re going to fight until the end @Arsenal @premierleague #coyg #mkhitaryan #mkhi #micki pic.twitter.com/uhMfHLoJZy

"It is not the main thing at the moment. The season is not done, we still have lots of games to play. The most important thing is to stay focused and keep winning games."

Mkhitaryan has struggled to establish himself in England since joining Manchester United in 2016, moving to Arsenal last January as part of the swap deal that saw Alexis Sanchez leave the Emirates Stadium.

His goal against Southampton, however, was his fourth league goal of the season and it should  provide him with a much needed confidence boost - particularly if he continues chalking up assists like he did for Alexandre Lacazette's opening goal. He will hope to play a part in helping Arsenal push for Europa League glory, with Ligue 1 side Rennes awaiting in the last 16, as well as pushing towards a top four finish. Should the Gunners achieve either of those goals, they may well be able to generate some much needed transfer funds for this summer's transfer window.