​Arsenal came agonisingly close to signing Leicester hero Jamie Vardy in the summer of 2016, with the striker even meeting manager Arsene Wenger. That is according Dick Law, the Gunners’ former transfer negotiator from 2009 until 2018.

Vardy’s goals had just helped fire Leicester to the most unlikely of Premier League title wins, while the former non-league star had also established himself in the England squad. 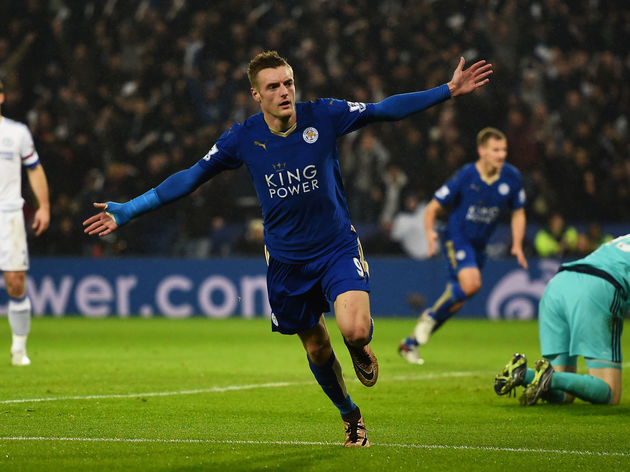 Vardy had still been playing non-league football until he joined Leicester from Fleetwood Town in 2012 and was 27 by the time he made his top flight debut two years later. But Arsenal triggered his £22m release clause off the back of a 24-goal Premier League season in 2015/16.

With Leicester unable to rebuff the offer, it was the player himself eventually rejected the move to north London, even though Law claims he initially agreed to it.

“The deal with Leicester was done, the deal with the player was done,” the ex-Arsenal official told The Athletic. “He came down to visit with his wife Rebekah, he sat on the couch in front of Arsene…and then he backed off.”

It seems at that point, Vardy, who left the talks and returned to his home in Melton Mowbray near Leicester without putting pen to paper, had a change of heart about the proposed deal. “On his way back to Leicester I get a call from the player saying he wants to think about it overnight. At that point, you know it’s bad news,” Law conceded.

The Athletic notes that Vardy and his wife were not long married at the time and had only just moved into their Leicestershire home, having spent time ‘lovingly’ restoring it. Rebekah was also pregnant and the family was laying down long-term roots.

Vardy gave up the chance to play for Arsenal, but he still went further in the Champions League with Leicester the following season than he would have done with the Gunners – the Foxes reached the quarter final stage after knocking out Sevilla at the last 16 stage.

He has also continued to score Premier League goals at an impressive rate for Leicester and, if anything, has been proven right in his decision to stay with Leicester given the club’s steady return to the top four under Brendan Rodgers and Arsenal’s sharp recent decline.