​Whisper it quietly, but Arsenal are becoming fun to watch again.

Just three weeks ago after the 3-0 humbling by Manchester City, the Emirates was a toxic volcano primed to explode, with fans, players and staff all looking ready to turn on one another.

But on New Year's Day, Arsenal's home victory over Manchester United was greeted with a joyous unity that had been lacking for so long. This was 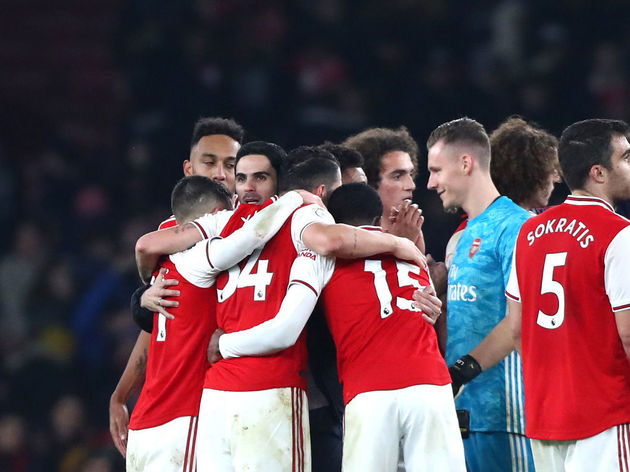 Doubts were raised even by family members of Gunners captain ​Pierre Emerick Aubameyang after it was announced that Pep Guardiola's disciple was going to be given the job despite having no senior managerial experience, but he's sown the seeds of change swiftly since his arrival.

From the very moment Arteta walked into his first press conference as manager of the side he had once captained as a player, it was clear that the way he intended to change things was through certain 'non-negotiables'.

The most important of these has been hard work and pride in the shirt, and it's clear to see how effective the Spaniard's disciplined approach has been for one player in particular – ​Mesut Ozil. 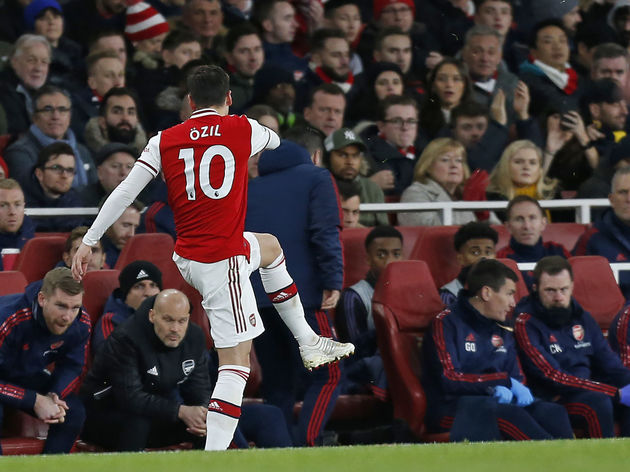 In that defeat to ​Manchester City, Ozil was public enemy number one after reacting poorly to Freddie Ljungberg's decision to substitute him, strolling off the pitch and booting away his gloves to a cacophony of boos from the Emirates faithful.

But just a couple of weeks later he was greeted by a standing ovation from fans who appreciated the tireless work he had put in during the defeat to ​Chelsea, and choruses of "we've got Ozil, Mesut Ozil" echoed around the Emirates against ​Manchester United as the German ran further than any player on the pitch for the Gunners.

But passion and pride alone are not enough to succeed, or Duncan Ferguson would be winning the FIFA Coach of the Year Award on a regular basis. Arteta has implemented a few subtle changes to play to the strengths of his most naturally talented player, and they're definitely working.

Under Unai Emery, the gaps between the back four and the front three were so big that the onus was on Ozil to drop deep and receive the ball off the defence, before carrying it up the pitch where he would serve as Arsenal's only creative outlet in the final third.

The gaps between defence and attack are much smaller under Arteta, with Lucas Torreira playing further back, allowing Ozil to use his quick feet and link up play to combine with Aubameyang, ​Alexandre Lacazette and most devastatingly with Wednesday night's opening goalscorer Nicolas Pepe.

His passing success has been around the 85% mark since Arteta took over, and he's now averaging over two key passes per game, which given the Gunners' difficult opponents in that time is no mean feat.

The World Cup winner looks rejuvenated, and is symbolic of an Arsenal side for whom, Sokratis admitted in his post match interview with ​BT Sport, 'the fun is back'.

The tweaks might seem simple, but getting the best out of Arsenal's Mes-iah is going to be key if Arteta wants to achieve his miracle.