UEFA are understood to have decided that qualification for the 2020/21 Champions League should be decided 'on sporting merit' if the current season cannot be finished.

There had been rumours that UEFA would look to use club's past records in European competitions to decide who would qualify for next year's competition, which would have seen several of the game's most successful current sides miss out.

However, according to ​Martyn Ziegler,​ UEFA will avoid such measures and will instead look to award the spaces in the competition 'on sporting merit', which is suggested to be on a points-per-game basis.

Should that be the case, it actually wouldn't have the biggest impact on the final standings in the ​Premier League.

One place in which things are exactly the same is the top four. ​Liverpool are still well ahead with a ludicrous points-per-game return of 2.83, while Manchester City, Leicester City and ​Chelsea still make up the rest of the top four, so the Champions League spots would be sorted easily.

However, it would turn the race for Europa League qualification on its head. ​Manchester United 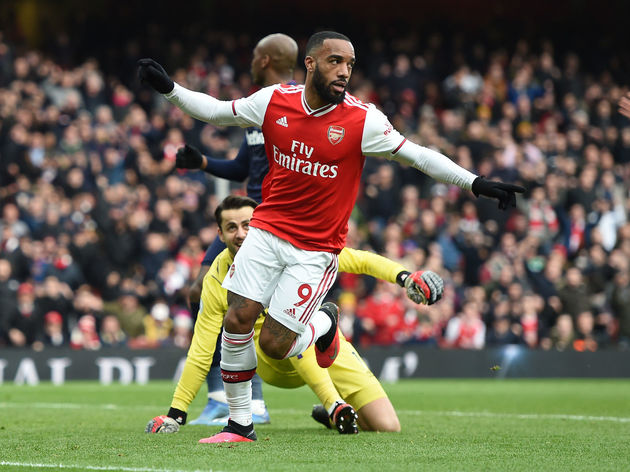 Wolves fall to seventh, but instead of being followed by Tottenham Hotspur, it's Arsenal who sneak into eighth. The Gunners' return of 1.43 points per game is better than cross-town rivals Spurs, whose total of 1.41 would force them to finish behind Arsenal for the first time in four years.

It's otherwise unchanged elsewhere. Norwich City and Aston Villa are still comfortably in the bottom two, and while Bournemouth's 0.93 is level with both Watford and West Ham United, their inferior goal difference still sees them drop into the relegation spot.

Check out the full table below.