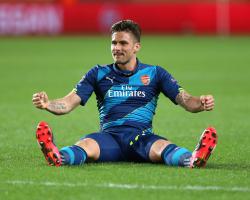 While the big guns in recent years like Manchester City, Manchester United and Chelsea still see the championship trophy as the Holy Grail, others like Arsenal, Liverpool, Everton, Tottenham and even Southampton, in recent years, see fourth spot as a success or something to aspire to.

Having slipped behind Germany in the UEFA club coefficient rankings, England are now looking to hold off Italy.

The coefficients are calculated by UEFA over a 5 year period

The club coefficient is used to rank individual clubs, for seeding in the UEFA Champions League and UEFA Europa League

Two points are awarded for each win by a club, and one for a draw.

The problem for English clubs is that the calculation is over the last 5 years and the 2010/11 season, which was especially good for England and weak for fourth-placed Italy, now drops out of the reckoning, meaning Serie A began 2015/16 just three points behind England while the Bundesliga has already overtaken the Premier League.

Arsenal, Man City and Chelsea all dropped out of the competition in the second round.

In fact in the first matchday of the Champions League three English teams lost, losing us vital points and giving Serie A fresh hope of ending a six-season exile from the top three in the coefficient.

Until Man City learn how to play and win in European matches and Arsenal buy decent strikers and midfielders then us poor English football fans will be on the edge of our seats and crossing our fingers that Juventus, Inter, Napoli and AC Milan donÃât steal our fourth spot.