​Tottenham and Arsenal could be handed an unlikely route back into the Champions League if it proves impossible for the Premier League campaign to reach a natural conclusion.

The coronavirus outbreak has ground football to a universal halt for over a month, but UEFA - who recently held a video conference with the 55 national associations - are still confident of league's across Europe restarting by June in order to play out the remainder of the season and bring about minimal disruption to the following campaign. The Bundesliga, meanwhile, could return as early as May.

If the worse does come to worst, however, and it becomes impossible to complete the 2019/20 campaign amid the global pandemic, UEFA coefficient scores could be used to decide which teams would play in the respective European competitions next term.

Following the recent video conference, UEFA's brief statement read, as quoted by The Sun: “There was a strong recommendation given to finish domestic top division and cup competitions.

“But some special cases will be heard once guidelines concerning participation to European competitions - in case of a cancelled league - have been developed.”

So, if this outlandish and ultimately unjust idea was to go through, in the Premier League we'd see Arsenal - who currently occupy ninth in the table - join Liverpool and Manchester United in the Champions League, while Spurs would take Manchester City's spot if the Cityzens' suspension from Europe's premier competition is upheld. Coefficient tables, by the way, are compiled on European performances over a five-year rolling period, with points awarded for wins and draws and bonuses handed out for group-stage qualification along with progression through the knockout rounds.

UEFA president Aleksander Ceferin isn't believed to be in favour of the proposal, arguing that the 'integrity of competitions' must be paramount and urging this season’s performances to be decisive. 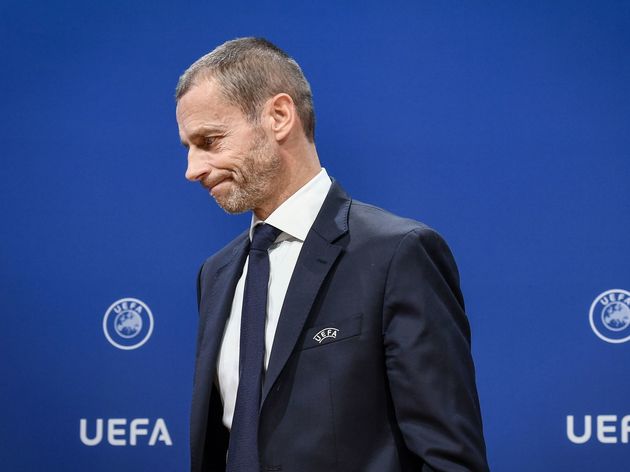 Ceferin used the video conference to make it clear he wants Europe's 'big five' leagues to resume by June, allowing for the remaining knock-out fixtures in this season's European competitions to be played in August.