​Inter have expressed an interest in signing Atlético Madrid midfielder Thomas Partey, who is yet to ink fresh terms at the Wanda Metropolitano.

The 26-year-old's current deal still has three years left to run, but the problem is that the release clause in that contract sits at a concerningly affordable €50m (around £44m). In a pre-coronavirus world, there were plenty of sides who were thought to be keen to spend that money to lure Partey away from the club. ​Manchester United and ​Arsenal have both been linked with the Ghanaian, but ​Mundo Deportivo note that ​Inter and Roma have both joined the race.

In fact, Inter are said to have been seriously considering a move for Partey a few years ago, only to decide against paying his release clause. However, in 2020, €50m for a top midfielder is more than reasonable.

That's why ​Atlético are looking to tie him down to a new contract. He's still a core part of Diego Simeone's side, starting every league game for which he was not suspended, and club officials don't want to see him leave for a (relatively) low fee like €50m.

Fortunately, Partey's intention is to remain with Atlético. He has made no secret of his desire to snub any interest in him and wants to agree on a new contract as soon as possible, but he did hint to Onda Madrid that such an agreement may not be possible.

"My agent is talking to [Atlético]," he said.

"Like all the youth players developed here, all who played in the academy want to be here and they know what this club is about. 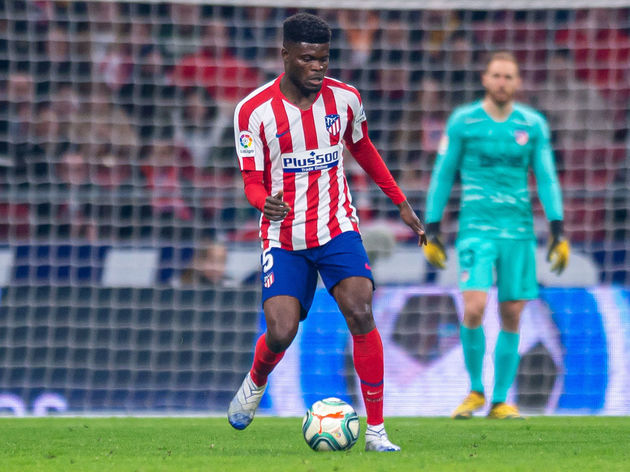