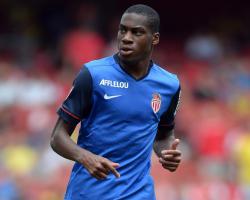 The 22-year-old will undergo a medical in Milan on Monday after the Nerazzurri announced they had reached an agreement with the Ligue 1 side for Kondogbia's permanent transfer, with the fee reported to be 40million euros.

Inter's city rivals AC Milan had been in talks to sign the France international, who has also been linked with a move to Real Madrid, Manchester City, Arsenal and Juventus after two strong seasons with Monaco.

A statement from Inter read: "Contracts signed with Monaco for Geo Kondogbia.

"The Frenchman will undergo a medical in Italy on Monday."

Kondogbia, who joined Monaco from Spanish side Sevilla in the summer of 2013 and has made 49 appearances for the Monegasque outfit, is expected to sign a five-year contract with Inter