Is this the year the Premier League surpasses La Liga 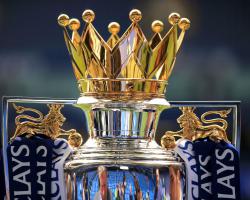 Our beloved Premier League sold the television rights to its games for a record ÃÂ£5.136bn, 71% higher than previous deals.

Rupert MurdochÃâs Sky paid ÃÂ£4.2bn for five of the seven TV packages while rival BT paid ÃÂ£960m for the other two in the record TV rights auction

The deal will run for three years from 2016 and is by far the most lucrative deal in football history anywhere on the planet.

According to Deloitte, Premier League summer transfer spending on new players will smash records and easily surpass ÃÂ£1bn in 2016 in a single window

However, Deloitte claims this year the figure is projected to rise to ÃÂ£4.3bn.

In recent seasons Spanish La Liga sides have dominated the Champions League and the Europa League, taking both trophies back to Spain for the last 3 years.

Sevilla will be joined by heavyweights Barca and Real Madrid and Diego SimeoneÃâs Atletico and Villarreal.

According to UEFA's league coefficient, La Liga has been the top league in Europe for the last five years, and has produced the continent's top-rated club 18 times, more than any other league and double that of second-placed Serie A.

La Liga clubs have won the most UEFA Champions League, 16 titles and UEFA Europa League, 10 titles, and its players have accumulated the highest number of Ballon d'Or awards with 19.

However, there is contention, for instance if you take Barcelona and Real Madrid out of the equation, no other Spanish side has won the Champions League or provided a Ballon dÃâOr winner.

Also, the quality of La Liga sides diminishes further down the table you go, this is one of the reasons Messi and Ronaldo score a sack full of goals each season

Unfairly, Barca and Real Madrid have been getting almost 50% of Spanish TV money over the year, however this is to change to even the playing field and maybe weaken both clubs in the future.

We now have arguably the best coaches in the world

Pep Guardiola will be bringing his possession based football to the blue side of Manchester and of course the ÃâSpecial oneÃâ, Jose Mourinho takes his place at the helm of English footballs most successful club Manchester United.

There is also Antonio Conte in the Chelsea hot seat, the Italian worked wonders with his national team at Euro 2016, taking them to the quarter-finals with probably the weakest squad the Azzurri has taken to a tournament

They defeated reigning European champions Spain 20 in the round of 16 before falling to the fancied Germans.

As coach of Juventus Conte won Serie A 3 years on the bounce and in fact did the double in Italy in his first year in 2011-12, and went unbeaten for the entire season

In If Conte can replicate the success he had at Juventus then Chelsea will once again be a force in English and European football.

But some will say, you need the best players to win trophies

And arguably the best 5 stars in world football, Bale, Messi, Neymar, Ronaldo and Suarez, ply their trade in Spain, and representing of course Barcelona and Real Madrid.

Some would argue we already have top foreign talent in this country with the likes of Hazard, De Bruyne, Sanchez, Ozil and now Ibrahimovic, although he is 34, and almost all the top English players are in the Premier League

It is a very tough league, a fact which Guardiola is soon to find out

But we saw with Klopp last year what an improvement a great coach can do at a club, unlucky in losing 2 finals in half a season in charge.

Already we are seeing extraordinary deals where a player is choosing a clubs like West Ham or Everton over giants like Juventus or Milan. Instead of going to perceived European football giants, players are choosing to join mid table English clubs.

One of ItalyÃâs star players at Euro 2016, Emanuele Giaccherini, was on SunderlandÃâs books

Not Milan, Inter or Juve but Sunderland, a club involved in a relegation battle not competing for honours. This just shows the pulling power of the Premier League

As the money continues to flow into English football over the next few seasons the worldÃâs best talent will have an option, play for Real Madrid or Barcelona or in the Premier League.

IÃâm just not sure if it will start this season or the next, or possibly the one after that

But one thing I am sure of is more excitement and drama in the Premier League than any other league in Europe.