It's dÃ©jÃ  vu all over again 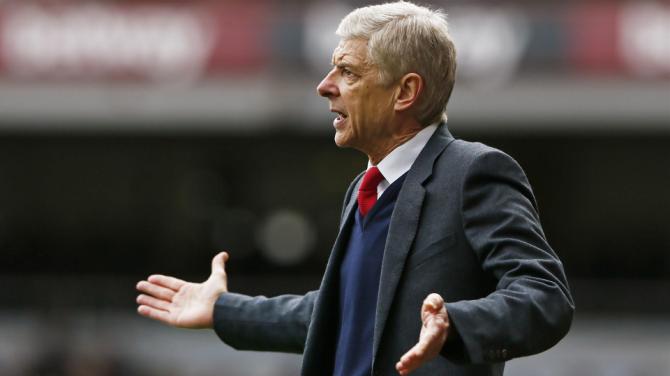 It’s the ninth of August 2016 but feels oddly reminiscent of 15’ or 14’ even ’13 perhaps.  I’m sensing an all too familiar pattern.  Arsenal is rumored to be planning “talks next week” with a myriad of clubs to discuss numerous transfer targets.

Throughout this summer the Arsenal have been mentioned as a destination for Ibrahimovic, Mkhitaryan, Griezmann, Lukaku, Lacazette, Vardy, Higuain, Mahrez, Kante, along with countless other football luminaries.  Unfortunately, despite the volume of said rumors, Arsenal have signed one player of consequence, Borussia Monchengladbach captain, Granit Xhaka who to Wenger’s credit, appears capable of blending into our current squad seamlessly.

In addition to the aforementioned Swiss midfielder, Arsenal have signed an untested 20 year old center back from Bolton, a 21 year old Japanese striker from Japan, and an 18yr old Nigerian midfielder, all of whom were signed with designs on future contributions.  The reality of the situation is that Arsenal are 5 days away from a tricky opener at Anfield followed by a tasty date away to current league holders, Leicester City having made no significant progress on a team that finished a distant second while all of our free spending competitors have bolstered their sides with emphatic intent.

Manchester United added Zlatan on a free transfer from PSG, pilfered Mkhitaryan from under our noses, and along with center back Eric Bailly from Villareal also brought Paul Pogba back from a Ferguson sanctioned exile to Turin for 112 million British pounds for a sum of in the neighborhood of 175 million pounds for 3 impact signings and Ibrahimovic for nothing.  Manchester City, while not as flamboyant, have signed 8 or 9 players including Brazilian starlet, Jesus, diminutive Schalke04 attacker, Leroy Sane, Everton center back John Stones, Spanish attacking late bloomer, Nolito, Borussia Dortmund maestro, Ilkay Gundogan along with a few more for a total in the neighborhood of 125 million pounds.  Chelski beat us to the punch for Leicester’s engineer N’Golo Kante for 30 million pounds,  Marseille striker Michy Batshuayi for 33.2 million and are rumored to be finalizing a deal for Juventus bulwark, Leonardo Bonnucci whose transfer fee is being negotiated in the neighborhood of 60 million pounds putting the blues in the realm of the 125 million pound spenders.

Liverpool and Tottenham, although exercising a bit more restraint than the two Manc teams and Chelski have made excellent signings of need to improve depth to their respective squads before the upcoming season.  Arsenal meanwhile have spent just under a combined 40 million pounds for three reserve players and a midfielder signed to replace Rosicky, Arteta, and Flamini.

Arsenal entered the window with two dire needs: a striker to push or depose Olivier Giroud, and a world-class center back to partner Koscielny.  Five weeks since the window officially opened we are actually farther away from satisfying those needs.  We have lost the BFG for six months due to an injury suffered during the Lens pre season opener and lost Gabriel Paulista for at least three months during the pre season finale against City at Gothenburg.  Though neither were high on my list (especially Paulista) they are seasoned defenders and capable of adequately playing alongside the world class Frenchman.

Fast forward to the present and we are still asking questions our chief rivals have long since answered, What is Arsenal’s intention for the upcoming season?

It’s clear that United and Chelsea want their spots back in the Champions League.  It’s abundantly clear City wish to regain their league standing and a long sustained run in the Champions League.  Hell, even Leicester City has bolstered their squad showing the intent to remain relevant.  Arsenal, however, look lost, puzzled showing no intention besides keeping the coffers teeming over with unused cash.  One week Arsenal are in possession of 150 million pound war chest, the next week Gazidis is explaining our inability to compete with our big spending competition, followed by a statement from the board explaining that Wenger is in possession of whatever funds necessary to sign the players necessary to bolster the squad before the upcoming grueling four front campaign.

I have advocated on Wenger’s behalf for years.  I believe that he is the only manager that could have led Arsenal during our cash strapped years to an unbelievable 18 straight Champions League qualifications with transfers such as Squillaci, Chamakh, Senderos and others of that ilk.  With that being said, our years of financial restriction are at an end.  We are in possession of a player core that has been together for a few years, possessing a majority of players who are either in their prime or coming into it.  Mesut Ozil is the world’s best number 10, Alexis Sanchez is a top 15 player in the world, Petr Cech is a world class goal keeper and squad members such as Koscielny, Cazorla, Ramsey, Wilshere, Giroud, Bellerin and Monreal round out a special group.  We know what they are capable of and what their limitations are, and sadly Wenger knows best of all, and still he does nothing but joke and smirk and condescend to us the fan base, the ones who are the lifeblood of this great club.

The time is now, today, this moment, not next week, or “in the coming weeks”, or “before the window closes”  Wenger and Gazidis attitude towards the fan base smacks of inept hubris which borders on the criminal.   We need two center backs, not to improve, just to replace what was lost through injury.  We need a proven goal poacher capable of providing us with a different look than Giraud, and in all actuality we need a bit more creativity from the wings.

The most pressing concern at this juncture is to stabilize the center of our defense. Shokdran Mustafi of Valencia is a solid defender who would fit nicely next to Koscielny.  In addition, I believe Jose Fonte of Portugal and Southampton would provide a sound strong presence at the back along with an experienced leadership component that we are sorely lacking.  Valencia has revealed that though Mustafi’s release clause is in the 40 million euro range, that they would be willing to do business in the neighborhood of 25 million pounds, while Fonte at 32 would be available for around 8 million pounds.  Wenger could stop the hemorrhaging of our back line for the bargain price of 33 million pounds for two experienced international defenders.  These moves would allow Koscielny to rotate with Mustafi, Fonte, and either Callum Chambers, new signing Rob Holding, and Polish star in waiting Krystn Bielik and ensure quality depth once Per and Gabriel return.

Secondly, ending the long overdue striker conundrum.  It has been four long years since we were in possession of a world-class striker, and eight years since we had a bona fide poacher, a fox in the box like Eduardo.  I believe we were prudent in passing on Higuain.  He is a wonderful striker, but this is England, it’s not Italy or Spain.  The football is hard, fast and unforgiving like the weather and the media.  Vardy on the other hand was foolish in passing on the opportunity to move to a world-class club at the age of 29, but I can’t fault a man his convictions.  It’s nice to see a little loyalty in the modern game.  Zlatan is too old and as great as he is, would have proved a distraction.  That leaves us with the options left available.  Lacazette represents us settling for a player that though talented, does not represent a sizeable improvement over Giroud.  Icardi would fit well but he is worth nowhere near the price he is currently being offered at, not to mention the inclusion of Giroud and cash in a swap deal defeats the purpose of signing another striker capable of leading the line. So let’s examine a few diamonds in the rough that might provide Arsenal with exactly what they need to challenge for silverware this season.   Javier Hernandez is a proven poacher currently plying his trade for Bayer Leverkusen.  After a successful campaign in the Bundesliga where he scored 17 goals he is currently in good form and at 28 is smack dab in the middle of his prime and is reportedly available for between 17-20 million pounds.  Chicharito provides a completely different style of striking to Giroud showing great ability to find the back of the net by losing markers craftily getting on the end of through balls and provides an excellent aerial presence in spite of his diminutive frame.  I believe there are other reclamation projects such as Benteke and Balotelli of Liverpool, Bony of City, the best being Daniel Sturridge also of LFC.  Sturridge is a risk due to the amount of time he spends on a training table each season but at 26 million a risk worth taking.  Sturridge is a sniper as good as exists in the premier league complete with efficient scoring from short and lasers from distance.  He possesses phenomenal footwork and on his day can be unmark able (Ben Arfa of England)I believe any of these option would bear fruit but for argument’s sake lets settle on Chicharito.  He is not heavily coveted presently, proven in the premier league, capable and inexpensive at 20 million.  Contact Bayer and make the deal.

With the previous no nonsense signings of Mustafi and Fonte for a combined 33 million, 17 million for the underrated Mexican International for 17 million we are now sitting at 50 million for three quality internationals or roughly what City spent on John Stones earlier today alone.

Lastly it is time to give the fan base what they want one sexy signing of intent, Leicester dynamo, Algerian winger and current PFA player of the year, Riyad Mahrez.

Over the past two weeks the Mahrez to Arsenal rumor has gained serious momentum.  Mahrez has turned down a sizeable raise and extension at Leicester and has reportedly agreed personal terms with the North London side.  It’s time Arsene, fir up the plane book Dick Law on a jet to Germany to secure the Hernandez signing before returning to London to negotiate with Valencia officials in London to secure Mustafi, leaving for Southampton to sign our new veteran leader, finishing our trip in Leicester by bringing home Mahrez and not long after the Premier League trophy in May.

I believe this plan is realistic and one who’s success is contingent on only one caveat:  PAY THE MONEY.  In the current inflated market the aforementioned signings represent quality where they are currently priced.  There is no reason to waste time low-balling.