Cillessen joined Barça from Ajax in 2016 but has only ever been second choice in Catalonia as a result of being unable to displace number one Marc-Andre ter Stegen. Cillessen's only real claim to a starting place has been in the Copa del Rey and, according to AS, this season's final against Valencia on 25 May is set to be his last game for the club - as many as 23 of his 28 Barça appearances to date have come in the domestic cup competition.

The AS report notes that Cillessen asked to leave Barça last summer, to be told by president Josep Maria Bartomeu that any buyer must trigger his release clause, reported to be €60m.

However, that also came with a softer concession from the president, an 'unwritten pact' as AS calls it, that would allow the goalkeeper to leave for a more acceptable fee in 2019, by then having served the club for three years and causing no trouble, despite his frustrations. 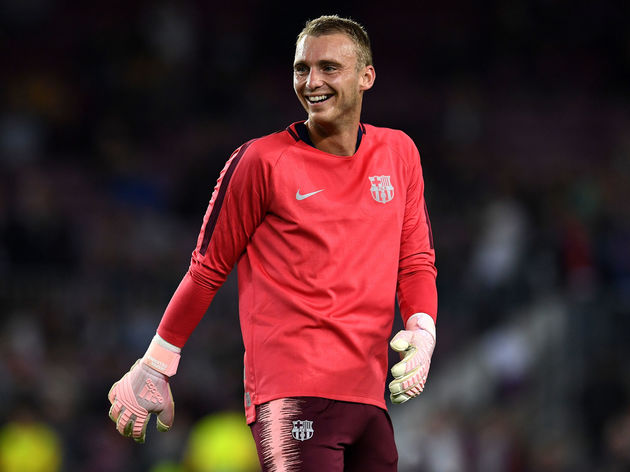 It remains to be seen what Barça would consider to be an acceptable for Cillessen.

Two clubs who will be in need of a new goalkeeper this summer are Arsenal and Liverpool, both of which have previously been credited with interest in Cillessen, due to turn 30 next month.

Arsenal already have Bernd Leno, but Petr Cech intends to retire, while David Ospina will also leave the club after spending the 2018/19 campaign on loan at Napoli. The only other senior goalkeeper on the Gunners' book at this moment is Emiliano Martinez, who has spent the majority of his time as an Arsenal player on loan at various clubs in England's second tier.

At Liverpool, the situation is not dissimilar. With Alisson very much established as number one, Simon Mignolet is expected to finally leave in search of a starting job after losing his place midway through 2017/18. The Anfield future of Loris Karius also remains uncertain. The problem for Cillessen is that if he is leaving Barcelona in order to play more regularly, Arsenal and Liverpool aren't likely to be able to offer that as a result of both clubs already having a strong number one - Leno and Alisson respectively.

If being a starter is his highest priority, he may have to drop below Europe's elite level clubs.

Cillessen is not the only player expected to leave Barcelona this summer. Colombian defender Jeison Murillo will return to Valencia when his short-term loan finishes, while Thomas Vermaelen is set to be released when his contract expires after five years with the club. There are also suggestions that Barça could sell Samuel Umtiti to fund signing Matthijs de Ligt.

Elsewhere, Sport carries a local report that Barcelona B trio Juan Miranda, Oriol Busquets, no relation to Sergio, and Riqui Puig could all join Ajax on loan next season. Jean-Clair Todibo could also head to Amsterdam on loan as part of the proposed De Ligt deal.