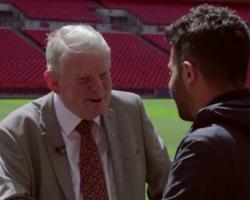 Motson, also known as 'Motty', has commentated on over 1,500 matches across TV and radio

Covering the biggest games in the sport, from World Cup Finals, European Championships and of course, the FA Cup.

The commentator announced his retirement from live TV commentary in 2008, with his last live TV broadcast being the Euro 2008 Final.

In an interview with Copa 90 Motson talks us through his personal top 5 FA Cup Final moments, showing his memory is still as sharp as a tac after a 4-decade stretch providing an invaluable service to football.